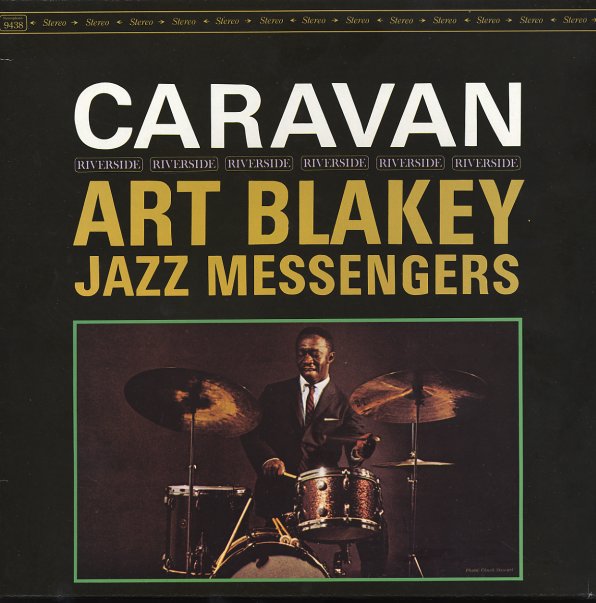 One of the best non-Blue Note sessions from Art Blakey in the 60s – a really searing set that features the sextet lineup of the Jazz Messengers – a group that's filled with legends who include Freddie Hubbard on trumpet, Wayne Shorter on tenor, Curtis Fuller on trombone, Reggie Workman on bass, and Cedar Walton on piano! The sextet format really pushes the energy of the group – and allows for even more wonderful horn interplay than before – while still allowing for lots of solo space for individual voices. Tracks are long and open, with a bouncing lyrical groove that's more soaring than some of the heavy-hitting earlier albums from Blakey, but no less pleasing – and possibly even a bit more soulful! Titles include "Sweet N Sour", "This Is For Albert", "Skylark", and "Thermo".  © 1996-2021, Dusty Groove, Inc.
(Out of print.)

Rutgers University, NJ – April 15th 1969
Hi Hat (UK), 1969. Used 2 CDs
CD...$28.99
Art Blakey with a very hip group – and an under-recorded one as well – a version of the Jazz Messengers with the great Woody Shaw on trumpet, plus Carlos Garnett on tenor, George Cables on piano, and Scotty Holt on bass! The performance is a well-recorded date, done for FM radio at the ... CD

Day With Art Blakey 1961 Vol 2
East Wind/Fourstar, 1961. Used
CD...$6.99
A rare Art Blakey performance from a tour in Tokyo – featuring a crack 1961 lineup with Lee Morgan on trumpet, Wayne Shorter on tenor, and Bobby Timmons on piano – all grooving together nicely! The set was recorded in Sankei Hall on January 2, 1961 – and titles include "Nelly ... CD

Golden Boy
Colpix/EMI (Japan), 1963. Used
CD...$14.99
An obscure Jazz Messengers session – but a great one! The album is ostensibly a set of jazz versions of tunes from the musical Golden Boy, and the group this time is a larger one than usual – a total of 10 players, led by Blakey – and playing beautifully over arrangements from ... CD