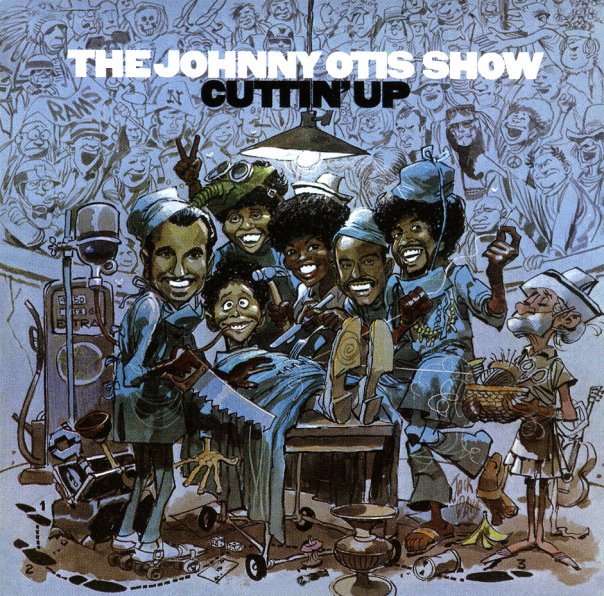 Not the traditional Johnny Otis Show records you might know from Johnny's famous R&B years of the 50s – and instead a totally great record from the start of the 70s that's filled with funk, soul, and blues! The set really shows the way that Otis changed with the times – and the overall sound is a lot freakier and fuzzier than any of his earlier records – at a level that really draws a strong link to the solo work of Shuggie Otis – who was part of Johnny's ensemble at the time, and who makes some excellent appearances here! Some cuts have sweet Shuggie guitar lines – and vocals are by Delmar Evans, Don Sugarcane Harris, Margie Evans, and Johnny. The record contains two excellent funky 45 cuts – "Cuttin Up", an instrumental with choppy guitar, and "The Watts Breakaway", with good groovy vocals by Delmar. Other titles include "Mo Jo Woman", "Evil Gal Blues", "It's Good To Be Free", "Elim Stole My Baby", "You Can Depend On Me", and "Don't Stretch This Good Thing Too Far". All this, and the LP's got a nice Jack Davis (of MAD fame)cartoony cover of the band doing surgery on a kid that we assume is Shuggie. to boot!  © 1996-2022, Dusty Groove, Inc.
(CD case has a small cutout hole.)