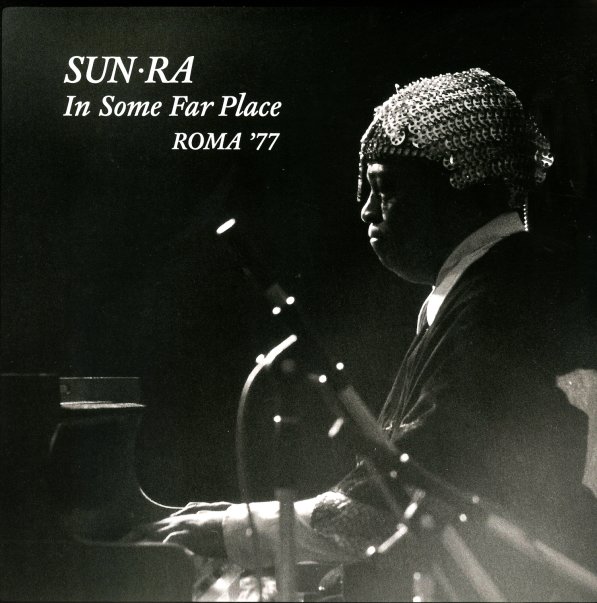 Sun Ra made some really wonderful music in Rome during the year 1977 – heard most famously on his albums for the Horo Records label, and now on this unreleased session from the time! The album features Ra at his straightest, and most soulful – playing piano and other keyboards with just the drums of Luqman Ali for accompaniment – yet in a way that hardly makes us miss the fuller Arkestra sound at all! The music is incredible – free at some points, but also filled with a trans-historical sense of jazz that reminds us of Ra's longer legacy in music from the 30s onward – which seems to then make his work here on organ and electronics even more stunning! There's a bit of vocals on the set – some from Ra, but some from singer Thomas Thaddeus – and titles include "Ladybird/Half Nelson", "Trying To Put The Blame On Me", "Untitled 1", "Spontaneous Simplicity", "Space Is The Place", "I Cover The Waterfront", "How Am I To Know", and "Love In Outer Space". Really beautiful work – all studio sides, and quite different than other Ra recordings you might know.  © 1996-2022, Dusty Groove, Inc.
(LP comes with bonus CD of entire album.)