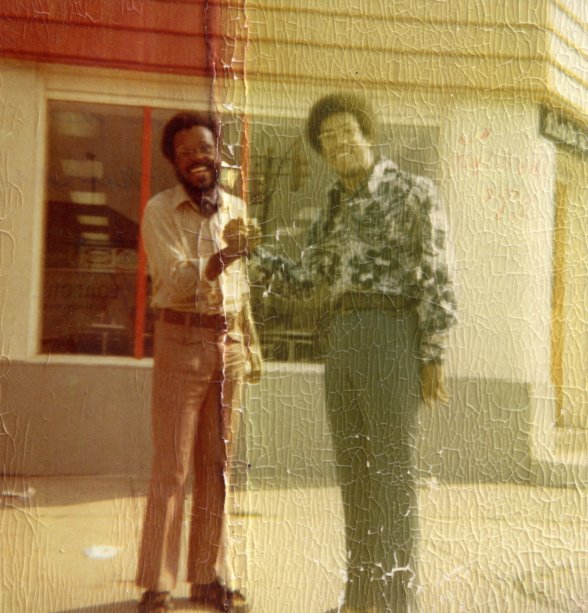 The record we've been waiting years for Jeff Parker to make – a fantastic funky set that shows off a whole new side of his talents! Parker's guitar has been on plenty of great albums over the past decade or two, but this set may well be one of his greatest moments so far – a really unusual, really personal set that takes his music to a whole new level – partly schooled by vintage funk, as you might guess from the cover – but also partly set up in a spirited new direction that propels Jeff farther forward than any other record! Parker plays guitar and a range of keyboards – and the album almost has a laidback Shuggie Otis vibe at points, but is a lot more complex overall – thanks to excellent rhythm work from Paul Bryan on bass and Jamire Williams on drums – who ground the sound, but can take off freely with Parker, too – as does Josh Johnson on alto, flute, and some other keyboards too. The whole thing almost puts Jeff into Robert Glasper territory – in its unique blend of jazz, funk, and soulful currents – but very unique, a genre unto his own, really well-deserved after all these years. The album's brilliant from start to finish, with cuts that include "Executive Life", "Para Ha Tay", "Here Comes Ezra", "Jrifted", "Visions", "How Fun Is It To Year Whip", and "Get Dressed".  © 1996-2021, Dusty Groove, Inc.

Now
International Anthem, 2021. New Copy
CD...$12.99 13.99 (LP...$25.99)
A brilliant and beautiful album from Damon Locks – even more powerful than his Where Future Unfolds album, and that's saying a heck of a lot! The record proclaims part of its mission in its title – and is maybe the first set we've heard to point the way forward creatively after the ... CD