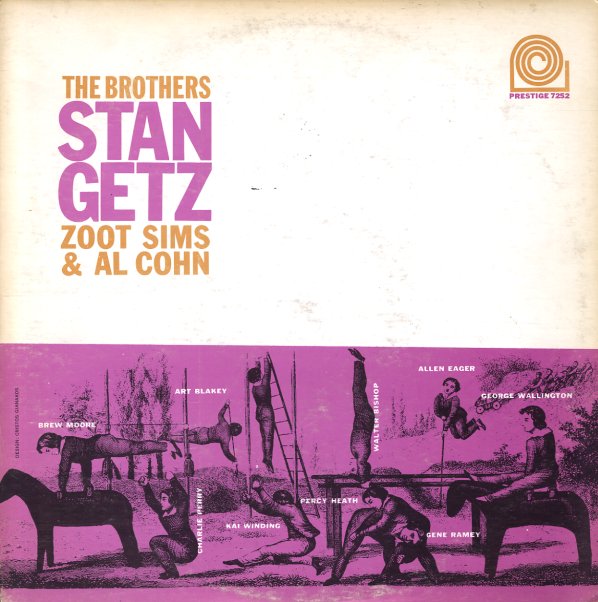 A classic Prestige LP that compiles earlier sides by Getz – four tunes from a 1949 session recorded under Stan Getz & His Four Brothers, with Zoot Sims, Al Cohn, Allen Eager, and Brew Moore – all blowing with Getz in a real "brothers-like" sax section sound. The remaining 4 tracks feature Stan and Al Cohn, working in a 1952 session with Geroge Wallington and Kai Winding – on some nice light boppish tracks that have that sweet smooth Getz tone firmly in place. The album's got a great Don Martin cover, and titles include "Battleground", "Five Brothers", "Four & One Moore", "Red Door", and "Zoot Case".  © 1996-2021, Dusty Groove, Inc.
(Blue label pressing, with RVG stamp. Cover has some water staining and flaking in a bottom corner, and some overall light wear.)