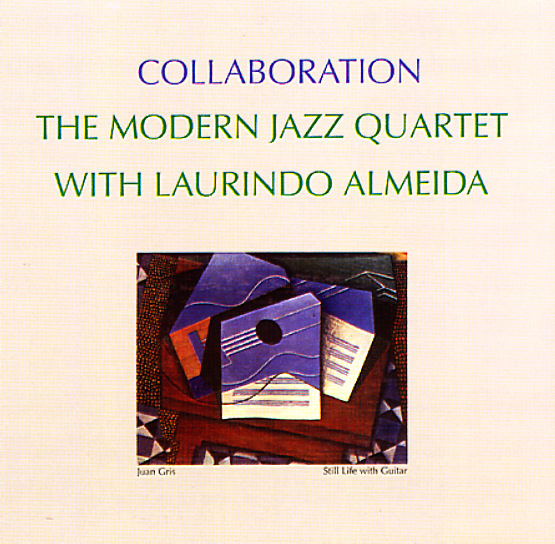 Moody vibes and light guitar – a wonderful meeting of two unique talents – the third stream jazz of the Modern Jazz Quartet, and the introspective guitar of Laurindo Almeida! The session blends together a host of different influences – from classical guitar to bossa nova to modern jazz – all with the light and spacious touches of the MJQ at their best, recorded with some really warm brilliance that makes the whole set sparkle! Titles include "Foi A Saudade", "One Note Samba", "Fugue In A Minor", "Silver", "Trieste", and "Concierto De Arajunez".  © 1996-2021, Dusty Groove, Inc.
(Red & green label Rockefeller pressing. Cover has light wear.)