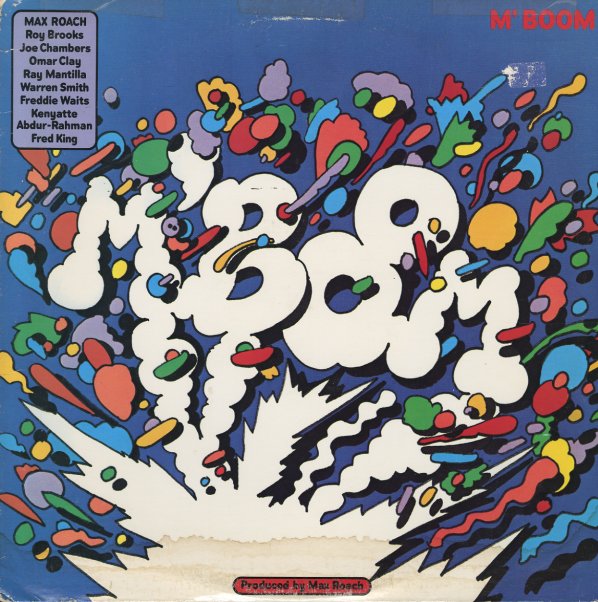 A later percussion ensemble album by Max Roach – one done in the style of some of his earlier 60s percussion experiments, but with a fuller scope, and a more serious feel overall. The ensemble was first formed in 1970, but recorded here with a very ambitious tone as part of Columbia's classical/jazz crossover experiments of the late 70s – with percussionists that include Omar Clay, Roy Brooks, Fred King, Ray Mantilla, Warren Smith, Freddie Waits, and Joe Chambers. Titles have a variety of styles – some more tribal, some more jazz-based, and others with almost a 20th century avant feel. Tunes include "Onomatopoeia", "Glorious Monster", "January V", "Caravanserai", "Rumble In The Jungle", and "Epistrophy".  © 1996-2022, Dusty Groove, Inc.
(Mastersound Audiophile pressing. Cover has some ring and edge wear, price sticker remnants, and lightly bent corners.)

Montreux Summit Vol 1
Columbia, 1977. Very Good+ 2LP Gatefold
LP...$6.99
A really amazing little record – way more than usual for this sort of live recording – given that it features some very unique performances together by artists we've never heard on the same stage otherwise! The premise is simple, but wonderfully effective – in that the album ... LP, Vinyl record album