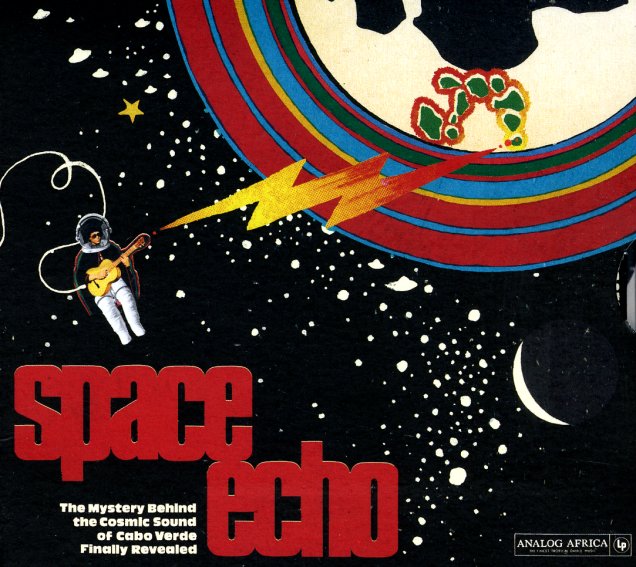 Extraterrestrial synths and tight, dancefloor-ready grooves from Cabo Verde – compiled here on one the most mindblowing Analog Africa collections in years! The well-detailed, beautiful-illustrated notes (an always welcome feature in Analog Africa set) tells the story of a cargo ship full of Korg, Rhodes, Moog, Farfisa and Hammond synths and keyboards – bound for an 1968 expo in Rio – turning up on a Cabo Verde island instead, and the rest is history! There's a clarity and consistency in both sound quality and in the performances, track-by-track, that's pretty incredible. A big part of the consistency is Cabo Verde musical legend Paulino Vieira and his group Voz De Cabo Verde serving as the band on around half the material here, but the whole thing is great – just a killer mix of regional sounds with wild spacey instrumental accents! Titles include "Pinta Manta" by Antonio Sanches, "Dia Ja Manche" by Dioniso Maio, "Morti Sta Bidjacu" by Jose Casimiro, "Pontin Pontin" by Bana, "Mundo D'Margura" by Tchiss Lopes, "Po D'Terra" by Joao Cirilo, "Sintado Na Pracinha" by Americo Brito, "Djal Bal Si Camin" by Antonio Dos Santos, "Stebo Cu Anabela" by Abel Lima and more.  © 1996-2021, Dusty Groove, Inc.

Java – Tembang Sunda
Ocora (France), Early 70s. New Copy
CD...$17.99 18.99
Beautiful sounds from the island of Java – material that has some of the rhythmic components that you'll know from their famous recordings of gamelan music, but which also includes some other elements too – including great use of flute, zither, and the female voice! The tunes are ... CD