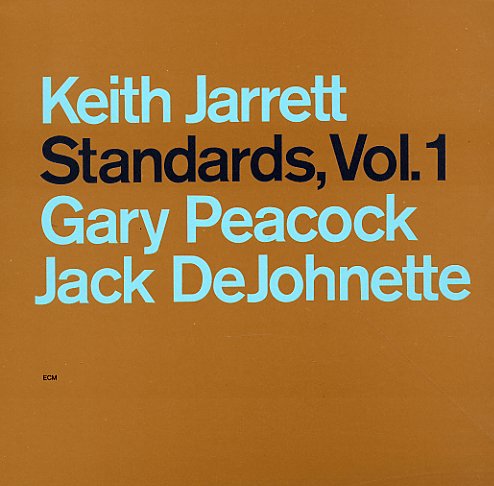 A key moment in the career of pianist Keith Jarrett – and one that would continue to provide him a strong space for exploration in his later years at ECM! Jarrett first rose to great fame on the label with his long-spun solo improvisation albums of the 70s – and had also recorded famously in a more avant mode in the previous decade with quartets – but here, he returns to the trio format of his earliest records, yet in a way that completely embraces all the changes that had happed in the space of time – so that Jarrett is taking a completely fresh approach to jazz standards – respecting the tunes, but really using them as a great vehicle for rhythmic and melodic improvisation. His strong partners in crime here are bassist Gary Peacock and drummer Jack DeJohnette – both musicians who also expanded greatly in the previous decade – and they work perfectly with Keith, on long variations on the tunes "Meaning Of The Blues", "All The Things You Are", "It Never Entered My Mind", "The Masquerade Is Over", and "God Bless The Child".  © 1996-2021, Dusty Groove, Inc.
(Out of print.)

Sunset To Dawn
Muse, 1973. Used
CD...$11.99
Sublime 70s work from Kenny Barron – a record that really has him stretching out strongly from his roots in the 60s, and sounding almost even more inventive than on some of his later material as well! Kenny's playing a fair bit of keyboards on the set – showing a wonderful sensitivity ... CD