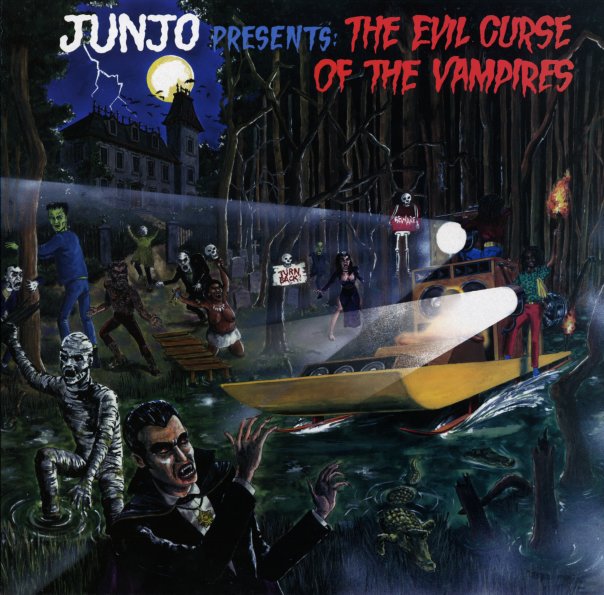 Scientist spins out on a dub-driven power boat – scanning the swamps to drive out the vampires and a host of other ghouls too – all while reinventing Jamaican music in the process! The record's filled with lots of cool electric elements – those weird production effects and electronic doodles that make the music of Scientist so revolutionary – especially when spun out over a still-familiar backdrop supplied by Roots Radics, with a core essence that's very much from the pre-digital world of Jamaican music. Rhythm tracks were done at Channel One, and Scientist mixed the set at King Tubbys – a host of dub mini-masterpieces that include "The Voodoo Curse", "Dance Of The Vampires", "Blood On His Lips", "Cry Of The Werewolf", "the Mummy's Shroud", "The Corpse Rises", "Night Of The Living Dead", "Your Teeth In My Neck", "Plague Of Zombies", and "Ghost Of Frankenstein". 2LP version features a full bonus record of vocal versions – by Wailing Souls, Wayne Jarrett, Johnny Osbourne, and Michael Prophet!  © 1996-2021, Dusty Groove, Inc.