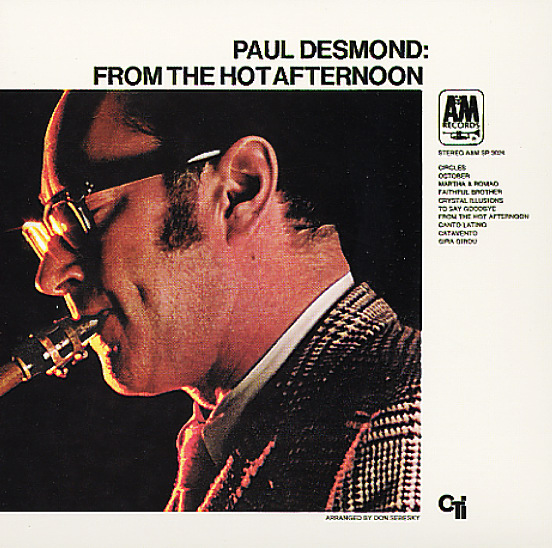 From The Hot Afternoon

Incredible stuff – and a record that grows more and more important to us over the years! Desmond's best known as the icy alto behind Dave Brubeck's big records of the 50s, but by this point in his career, he'd developed a keen interest in Brazilian music – and was working at a level that was far more sophisticated than most other American jazzmen interested in Brazil. This incredible record features him working with the arrangements of Don Sebesky, and the Brazilian instrumentation of Edu Lobo, Airto, and Dorio Ferreira. The set's comprised almost entirely of tracks by Lobo and a young Milton Nasimento – and titles include "Faithful Brother", "From The Hot Afternoon", "Crystal Illusions", "October", "Catavento", and "Gira Girou" – all done in these amazing breezy versions that sound like nothing else we can think of!  © 1996-2021, Dusty Groove, Inc.
(Early 80s Audio Master Plus pressing, still sealed!)