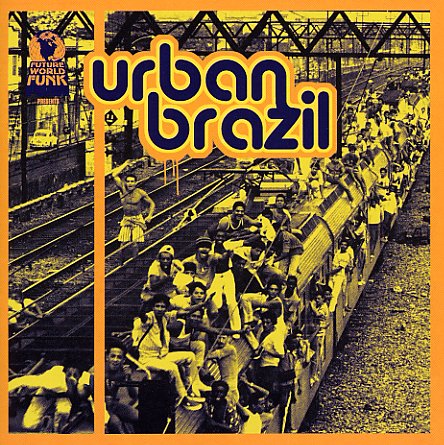 A selection of contemporary grooves from Brazil – heavy-grooving numbers with a sound that's a lot more urban than classic bossa and samba, yet which also do a strong job of mixing in some traditional elements that still strongly have a South American flavor! A number of the artists on the set are part of the groundbreaking cadre of artists on the Trama label, and others are from more disparate sources, but paired up nicely for a really unified groove! Titles include "Coco Nutz Mass" by Botecoletro, "Cuba" by Otto, "Roda Rodete Rodiano (Zambo mix)" by Chico Science & Bio, "Catimbo (rmix)" by Dj Dolores, "Funquiada" by Drumagick, "Bebete Vaobora" by Wilson Simoninha, "Nervosa" by Funk Como Le Gusta, "2736 km" by Mamelo Sound System, and "Piraquara" by Joao Parahyba.  © 1996-2021, Dusty Groove, Inc.

Contraditorio
Sterns (UK), 2002. Used
CD...$5.99
A playful blend of beats and Brazilian musical roots – put together by DJ Dolores and the Orchestra Santa Massa, in a style that's been copied many times in recent years – but never handled as well. The sound here is very far-reaching – filled with twists, turns, and plenty ... CD