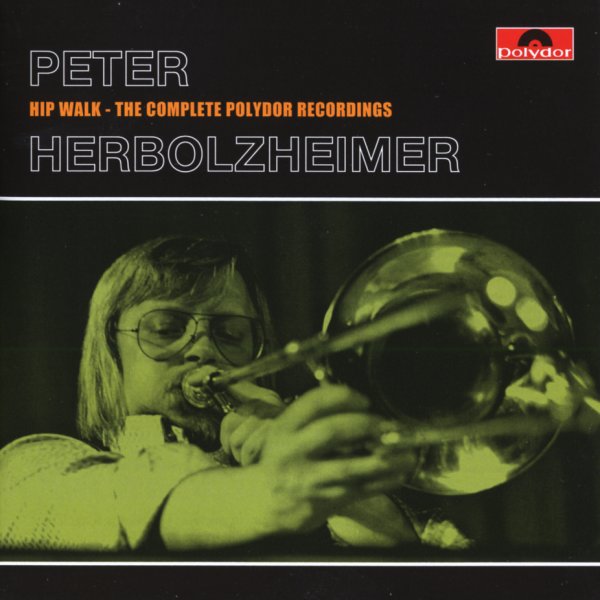 A killer collection of work from one of the funkiest European talents of the 70s – bandleader Peter Herbholzheimer, working here at the head of his Rhythm & Brass group, and his Certain Lions & Tigers ensemble! Although Herbolzheimer's got a clunky name, his sound is incredibly fluid and tight – a large group approach to funk that rivals some of the best American work of his time – including classics from Lalo Schifrin, Johnny Pate, and other key maestros of the blacksploitation era. Peter's got a way of taking a large group of players and really making them groove – a sound that's kind of an electrified extension of the styles first laid out at MPS by the Clarke-Boland Big Band, but served up with a hipper, funkier 70s approach to rhythm. Like the CBBB, Herbholzheimer's groups often feature American players – such as Art Farmer on trumpet or Herb Geller on saxes – alongside more familiar MPS talents like Dusko Goykovich on trumpet, Dieter Reith on organ, Ferdinand Povel on flute, Jiggs Whigham on trombone, and Sigi Schwab on guitar – joined by the legendary Sabu Martinez on a few of the best sessions here! The 4CD set is a massive discovery in music – as it features not only Herbholzheimer's Rhythm & Brass albums, but also records under the group names Certain Lions & Tigers and The Galactic Light Orchestra. The package has some of the same records of the previous MPS collection of Herbholzheimer's work – but also includes some other material too – the full albums Soul Condor, Galaxis, Live Im Onkle Po, Hip Walk, Touchdown, and I Hear Voices  © 1996-2022, Dusty Groove, Inc.
(Out of print.)

Emergency
Polydor, 1969. Used
CD...$7.99
A seminal jazz rock statement from drummer Tony Williams – one that has him stepping out quite far from his original "new thing" recordings of the mid 60s! The album's got a genre-forming sound that's incredibly fierce – a power trio churning of Williams drums, John ... CD

Hymn Of The Seventh Galaxy
Polydor, 1973. Used
CD...$4.99
Features Chick Corea on keyboards, Stanley Clarke on bass, and Lenny White on drums – on titles that include "Space Circus", "After The Cosmic Rain", "Captain Senor Mouse", "Theme To The Mothership" and "The Game Maker". CD