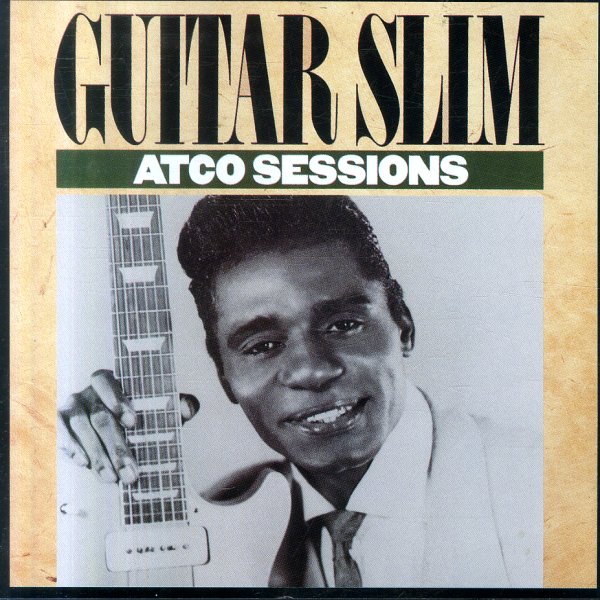 A great collection – rare 50s singles on Atco, mixed with previously-unreleased tracks – all with Eddie Guitar Slim Jones on vocals and guitar! Titles include "The Cackle", "If I Had My Life To Live Over", "Plenty Good Room", "Along Came Midnight", "Hello How Ya Been Goodbye", and "Down Through The Years" – plus two takes of "Guitar Slim Boogie".  © 1996-2022, Dusty Groove, Inc.
(Mid 80s issue.)