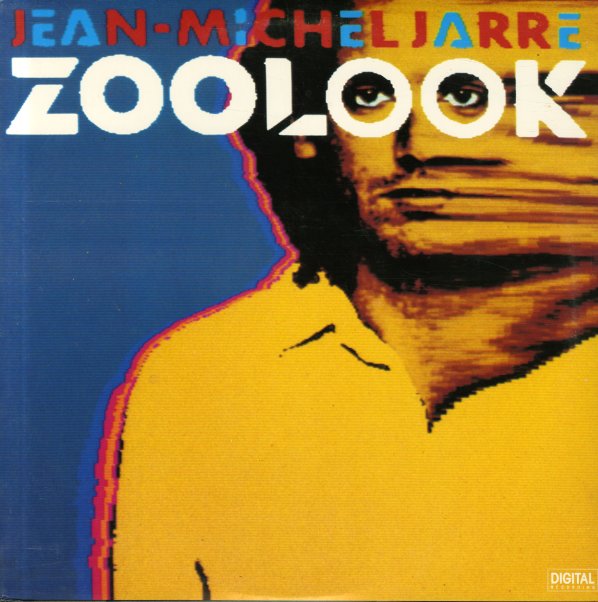 World sounds meet 80s electronics – and the result is a groundbreaking batch of tracks from Jean-Michel Jarre, one that sounds a heck of a lot better today than we remember 20 years ago! Jarre's got a great sound here – dark, evocative, and with enough colonialist tension between the sources and their manipulation to create an unsettling feel overall. He's getting help from guests that include Laurie Anderson, Adrian Belew, Yogi Horton, and Marcus Miller – and titles include "Ethnicolor", "Diva", "Zoolook", "Blah Blah Cafe", and "Zoolookologie".  © 1996-2021, Dusty Groove, Inc.
(Original French pressing, includes the printed inner sleeve.)