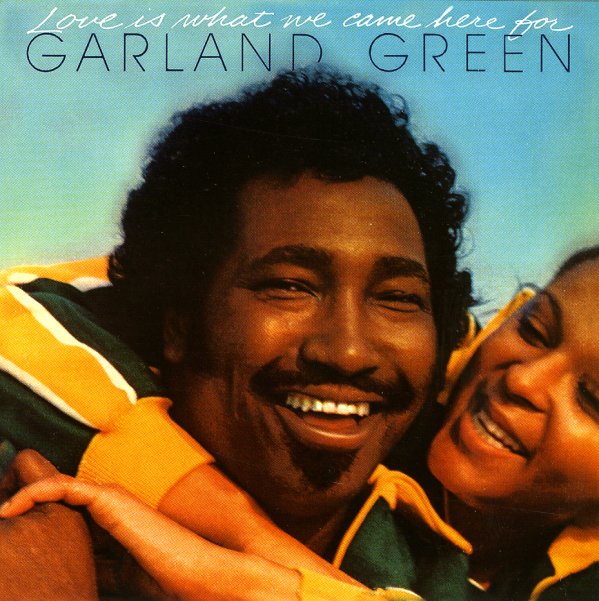 Love Is What We Came Here For (with bonus tracks)

An overlooked late 70s moment from the great Garland Green – a set that's quite different than his earlier Chicago soul – thanks to production from Leon Haywood in a sweet west coast mode! The record's got an easygoing vibe that really fits the cover – a mix of mellow and midtempo tracks that Garland does especially well – plus a few groovers too. That deep, rich tone that Green brought to his music is perfect for the warmer touches that Leon creates in the backings – and the whole thing's almost got that mix of deep and modern soul than was brewing out of some of the hipper corners of the south at the time. Arrangements are by Haywood with Gene Page and Tony Coleman – and titles include "I've Quit Running the Streets", "Moody Woman", "Love Is What We Came Here For", "I Found Myself When I Lost You", "Lovin You Baby", "Let Me Be Your Pacifier", and "Let's Celebrate". CD features 3 bonus tracks – "Don't Let Love Walk Out On Us", "Ask Me For What You Want", and "Shake Your Shaker (single version)".  © 1996-2022, Dusty Groove, Inc.

Very Best Of Garland Green – 24 Tracks From Chicago's Master Soul Singer's Illustrious Career
Kent (UK), 1970s. New Copy
CD...$9.99 18.99
A windy city hero – the amazing Garland Green, a singer who makes us mighty proud we hail from Chicago! Garland's got an incredible style that few others can touch – partly schooled in the 60s iceman modes of Jerry Butler and Walter Jackson, with all the sophistication that might imply ... CD