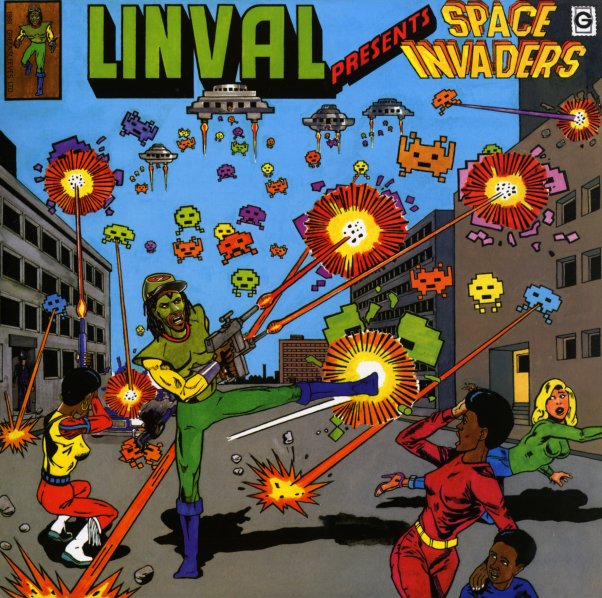 A wicked little record, and one that lives up to its Space Invaders theme right from the start – thanks to a host of sweet electronic touches from Scientist, over a set of killer head-nodding dubs from Roots Radics! The group themselves are in totally top form – massive bass from Flabba Holt and drums from Style and Santa – topped with wicked guitar licks, and some sweet organ lines from Winston Wright – but it's clearly Scientist who's the star of the show, for the way he cooks the elements together and comes up with a sound that more than does justice to the extra-cool cover! Familiar elements are nicely abstracted, and juxtaposed with clever shifts in the studio – all to create massive dubs that include "Beam Down", "Red Shift", "Time Warp", "Cloning Process", "Pulsar", "Laser Attack", "Dematerialize", "Fission", "Super Nova Explosion", and "Quasar". 2LP version features bonus vocal tracks – by Wayne Wade, Wailing Souls, Sammy Dread, Linval Thompson, and Johnny Osbourne!  © 1996-2022, Dusty Groove, Inc.