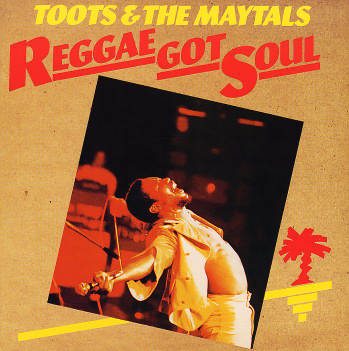 A classic moment from Frederick "Toots" Hibbert – a set that's maybe his equivalent to some of the key Island Records albums of the 70s from Bob Marley & The Wailers! Like those, the production here is top-shelf – handled partly by Joe Boyd, who brings a very respectful vibe to the set – and perhaps even goes for more of the soulful currents in Toots' vocals than before – at least in ways that might cross over more to American and British audiences than in the early days. Hibbert really seems to take to the spirit of the moment, and rises up with these beautifully expressive passages – of the sort that he may never have hit this well again! Titles include "Everybody Needs Lovin", "Living In The Ghetto", "So Bad", "Never You Change", "Rastaman", "Premature", and "Reggae Got Soul".  © 1996-2021, Dusty Groove, Inc.
(Black label Island pressing.)