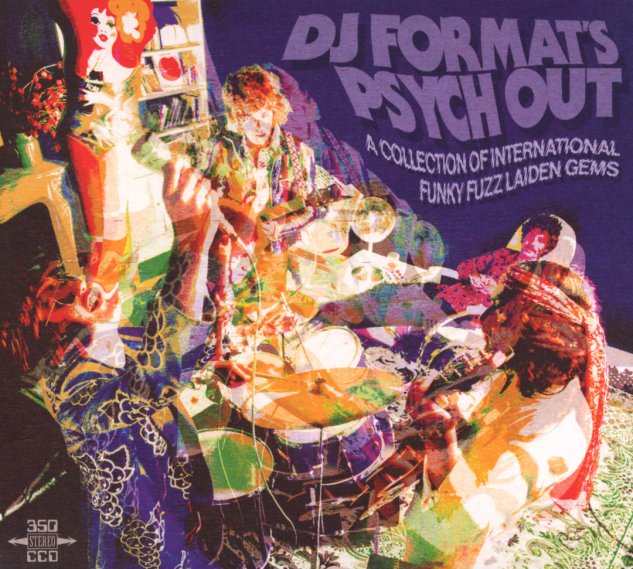 Cool cuts from around the globe – all brought together in one wonderfully funky set! The music here all draws heavily from American funk and psych styles – and often uses some slightly different instrumentation, or more regional inflection – to make the usual psych funk styles sound even more groovy and exotic – in a mindblowing way that makes the entire set a real musical delight! Most tracks are instrumental – heavy on drums and fuzzy guitar – but there's a few vocal moments, too – and the funk current is super-strong, way more so than on other collections that promise a heavy bottom, but usually just present offbeat psych. Titles include "Jet Pop" by Bana Pop Band, "Foxy Lady" by 49th Blue Streak, "Karate Chop" by The Tijuana Brats, "Stari Dvorac" by Pro Arte, "Nie Przejziemy Do Historii" by Krzysztof Klenczon, "Louis Louis" by Friar Tuck, "Time Of Machines" by Sergio Ferraresi, and "The Shaman's Dance" by Alexandr Sergeyevich.  © 1996-2022, Dusty Groove, Inc.

We Are The Children Of The Sun – Compiled By Paul Hillery (3LP set)
BBE (UK), 1970s/2022. New Copy 3LPs
LP...$39.99 48.99
A nice little collection, and one that definitely fits the sunny Cali look on the cover – as the set mixes together vintage jazz and AOR from the 70s, but also includes some cuts from the present as well – all with a timeless vibe that almost creates a new sort of genre unto itself! ... LP, Vinyl record album