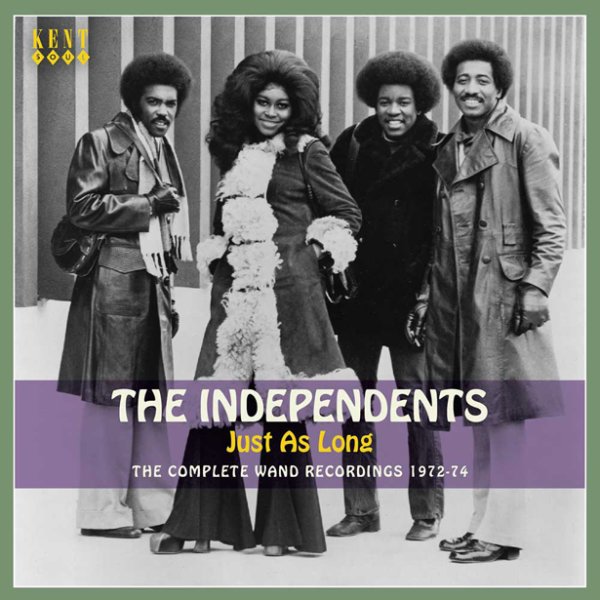 One of the best soul groups to come out of Chicago in the early 70s – a quartet that was overflowing with great talent, and who also went on to influence a lot of other 70s soul as well! The group features one gal singer, and three guys – the former the great Helen Curry, who'd recorded a few solo singles before joining up – the latter the team of Charles Jackson and Marvin Yancy, who'd go onto some crucial production work with Natalie Cole and other singers, plus the great Maurice Jackson, who issued some amazing work on his own! The four come together in a style that really sums up all the sophisticated soul currents taking place in the Windy City at the time – a bit of Brunswick group modes, touched with some of the loftier production styles of Curtom, given some of the fuller, warmer touches that you'd hear from The Emotions or Jerry Butler. The group only spent a few years together, and recorded for the Wand/Scepter label in New York – who often repackaged albums with a lot of overlapping tracks – which makes this collection the first true representation of everything they recorded at the time – served up with the usual stellar Kent Records notes and production. Titles include the Independents' amazing version of Leroy Hutson's "Lucky Fellow" – plus "I Just Want To Be There", "Baby I've Been Missing You", "Our Love Has Got To Come Together", "Leaving Me", "Just As Long As You Need Me (parts 1 & 2)", "Here I Am", "It's All Over", "One Woman Do Right Man", "The Same Old Way", "No Wind No Rain", and "I Love You Yes I Do (Tom Moulton rmx)".  © 1996-2022, Dusty Groove, Inc.