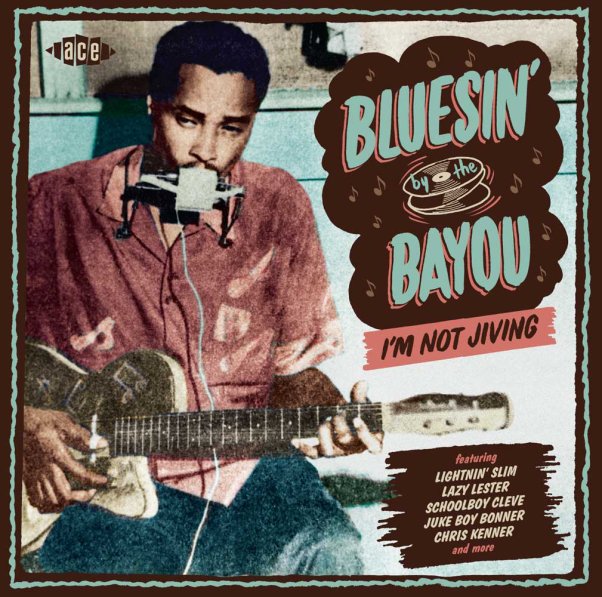 Bluesin By The Bayou – I'm Not Jiving

A very cool volume of this excellent series of Louisiana sounds – one that mixes rare and unreleased tracks from the late 50s from equally great 70s sounds – all with a unified bluesy groove that really makes the whole thing come together nicely! The 70s tracks have a style that's much more old school than some of the blues recordings from other scenes at the time! Most of this music could be of late 50s or early 60s vintage, given the approach – which often electrifies the guitar, sometimes throws in a harmonica solo, and usually keeps the rhythms as raw as the production – holding onto an edge that was often missing from more commercial blues productions of the period! There's also a number of cuts by artists you might also know from zydeco work, but who are definitely working here as blues musicians – really showing the link between the two styles. Some of the older music is from the Flyright label – those great JD Miller recordings from the farther reaches of the scene – and also includes some unreleased tracks, too. Package features 28 tracks in all – with titles that include "I'm Not Jiving" by Juke Boy Bonner, "I'm A Lucky Lucky Man" by Henry Gray, "She's Gone" by Schoolboy Cleve, "Wild About My Baby" by Slim Harpo, "No Use To Worry" by Lonesome Sundown, "Oh Yeah She's Gone" by Boozoo Chavis, "I Told My Little Woman" by Lazy Lester, "Late Hour Blues" by Henry Clement, "Night & Day My Love" by Clifton Chenier, "Frankie & Johnny" by Jimmy Anderson, and "Sitting Here Alone" by Johnny Sonnier.  © 1996-2021, Dusty Groove, Inc.