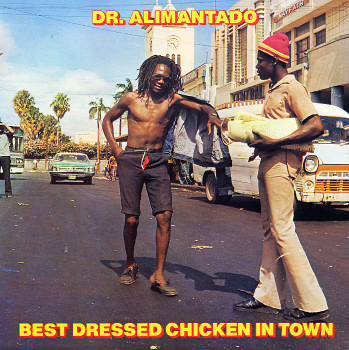 Full strength roots from Dr Aminatado! In a perfect world, this album would need no introduction from us – it's classic caliber to say the least! For those yet to visit the doctor, this is the perfect perscription –in which Dr Alimantado and Lee Scratch Perry lead you through a top tier side of funky Black Ark reggae with the heavy murky Perry touch and some mad Dee Jay stylings from the best dressed chicken in town. 10 cuts, including the awesome title track, plus "Just The Other Day", "Gimme Mi Gun", "I Killed The Barber", "Unitone Skank", "Can't Conquer Natty Dreadlocks", "Ride On", "I Shall Fear No Evil".  © 1996-2022, Dusty Groove, Inc.