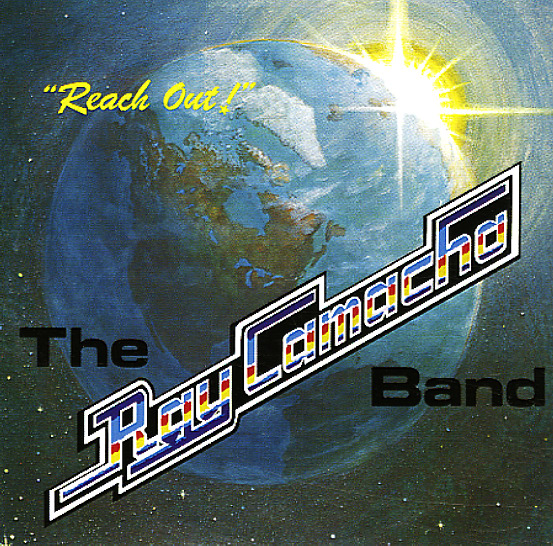 Brilliant brown-eyed soul from Ray Camacho – an artist who was previously known for more border-styled work with his Teardrops band, but who steps out here with a surprisingly great blend of electric jazz and boogie! The approach is wonderful – a real re-direction of Ray's earlier groove into even more soulful territory – handled with that unique fusion that was happening in just a few of the best Texas spots, like the scene in Austin at the time. The album's equal parts soul and funk, but still has a few Latin roots too – and had this gem come out on Fantasy Records at the time, it would have pushed Ray and group into much headier territory. But we're also happy the set's been undiscovered for so many years (consider it our little secret) – and titles include "Reach Out", "Diggin Deep", "Shake What You Got", "Nobody But You", "Nothing But A Party", and "What A Day".  © 1996-2022, Dusty Groove, Inc.

Swing While You Can – Aprovecha El Tiempo
Decca/Everland (Austria), 1967. New Copy
CD...$7.99 18.98
A tasty Latin number from the 60s – recorded as one of a small handful of excellent Latin sides cut by Decca during the Latin Soul era! The record's kind of split down the middle, with half tracks that are in a straight Latin vein, and half tracks that are in a feisty boogaloo style. The ... CD