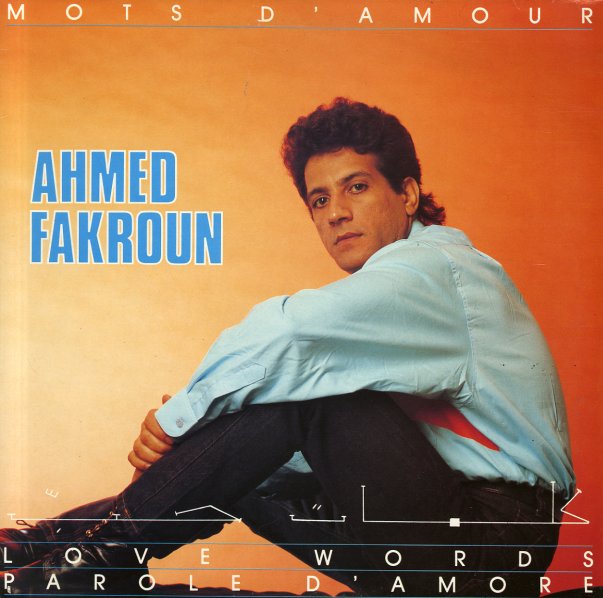 Words of love from Libyan singer Ahmed Fakroun – an artist who works with some sweet 80s electro soul backings that perfectly match his look on the cover! The vocals are mostly in Arabic, but they're set to backings that have a definite western approach – very universal in sound, with a quality that embraces some of the best New York indie soul styles of the time, and maybe a bit of Brit electro pop too – while Fakroun flows over the top with a mode that's as emotive as it is groovy! The record's way more than just a world music sidebar, and has gained a lot of appreciation over the years – and titles include "Fil Moden Al Kabira", "Oyunic", "Soleil Soleil", "Ya Farhi'Bik", and "Kalimat Hob".  © 1996-2020, Dusty Groove, Inc.