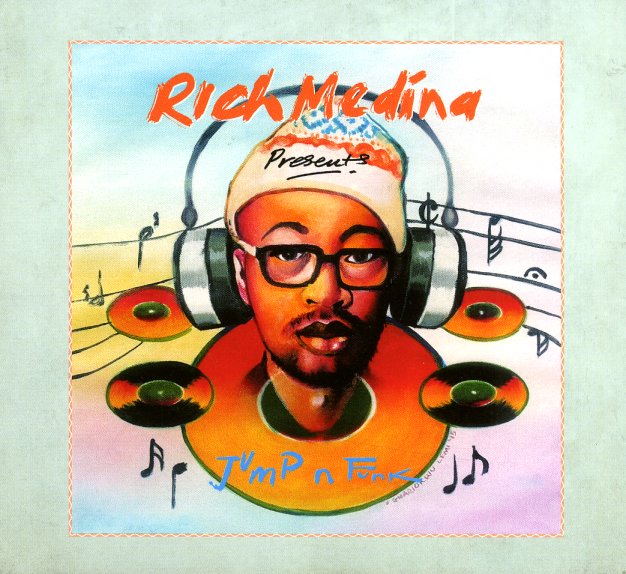 One of the coolest projects we've heard from Rich Medina in years – a killer compilation that brings together older Afro Funk tracks from the 70s with a big amount of cuts from more contemporary years – all with a blend that pushes the spirit of the continent way out into the cosmos! Medina's always been one of the most forward-thinking artists in the underground – and you can definitely hear that quality in this set – as Rich effortlessly steps back and forth in space and time, to create a unified sound that bristles with electricity, while still reveling in all the key acoustic elements from the 70s. Titles include "For The People" by Aquil, "Bango Fields" by Kutiman, "For Real (2011 edition Atjazz rmx)" by Atjazz, Olodumare" by Wale Oyejide, "Bushman" by Asiko Afrobeat Ensemble, "Stalemate" by Fela & The Afrika 70, "Jungle Beat (Mutaba)" by Sir Victor Uwaifo & His Melody Maestroes, "Soul Makossa" by Original Nairobi Afro Band, "Why Can't We Live Together (Sao Benitez BV dub)" by River Oceaon, and "Na Oil" by Seun Kuti & Fela's Egypt 80.  © 1996-2022, Dusty Groove, Inc.