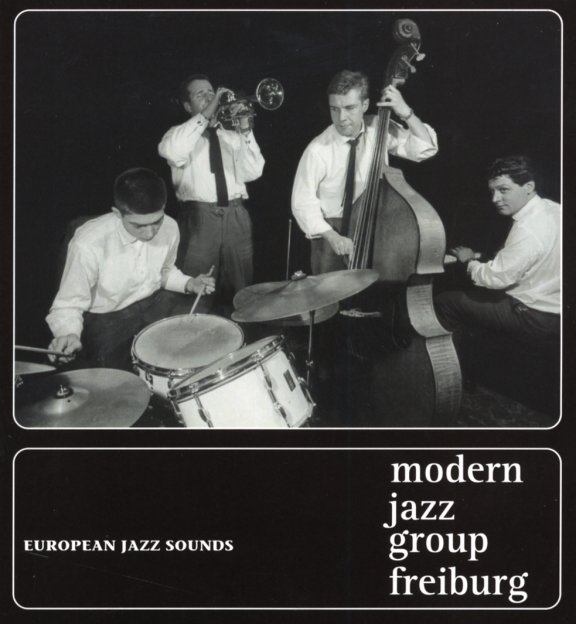 A wonderful collection of work from this overlooked modern jazz combo from the 50s German scene – a group whose material was originally issued on a handful of 45rpm EP titles by a Christian music company – finally brought together in this excellent full length collection! The Modern Jazz Group Freiberg have a style that echoes the other European Jazz Sounds releases of the time by Joki Freund and Michael Naura – a groove that draws strongly from the best American modern impulses of the time – with both a west coast style of arranging, and a bit more New York fire on the way that the soloists come across! The group here has a strong trumpeter in the lead – Raymond Court – who clearly loves Clifford Brown, but also has his own sort of vibe, too – working here with Ewald Heidepriem on piano, Karl Theodore Geier on bass, and Eberhard Stengel on drums. Titles include "Remember Clifford", "Blues Pour Alice", "Solar", "My Old Flame", "A Night At Tony's", "St Joseph's Blue Concept", and "Jubilation". CD features 7 more bonus tracks – with work from tenorists Barney Wilen, Francis Netz, Bruno Spoerri, and Gustl Mayer!  © 1996-2021, Dusty Groove, Inc.