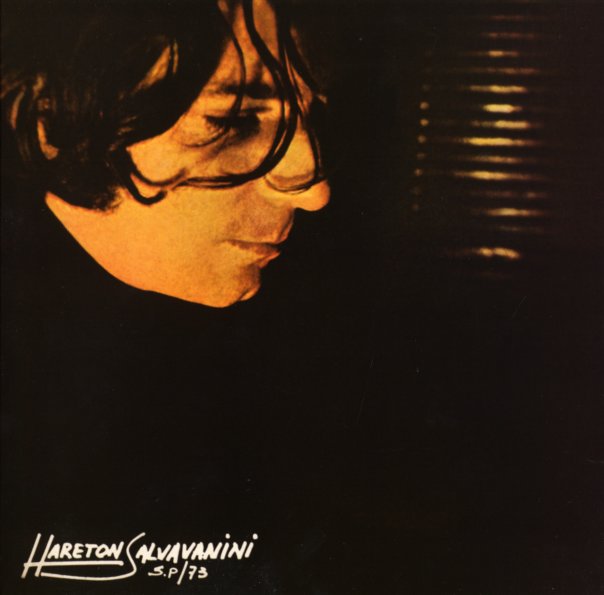 Moody instrumental magic from Hareton Salvanini – an artist with an Italian sounding name, and an approach that reminds us of some of the hippest composers of the sound library and film score scene in Italy during the 70s! The album's all instrumental, and is almost a soundtrack for a film that never existed – as Salvanini mixes his own piano lines with these moody strings and dark-tinged instrumentation – all with a vibe that's maybe a bit warmer than David Axelrod or Johnny Harris, but in the same sort of territory as their important albums of the time! Weird reeds color in some moments, offbeat strings some others – and there's a suppressed sense of emotion that lingers with lots of blue currents on the record – really fitting Hareton's look on the cover. Titles include "Salamandras", "Viver", "So, "Primitivo", "Irracional", "Papa Mama", "Yelris", and "Preludio Em Si Bemol Menor".  © 1996-2021, Dusty Groove, Inc.

India
Philips/Mr Bongo (UK), 1973. New Copy
CD...$10.99 11.98 (CD...$7.99)
One of the richest, most expressive albums ever from the great Gal Costa – a set from her immediate post-Tropicalia years, and one that shows that she's got a lot more to offer than just a wild sense of experimentation! Gilberto Gil is the musical director here – with help from Rogerio ... CD