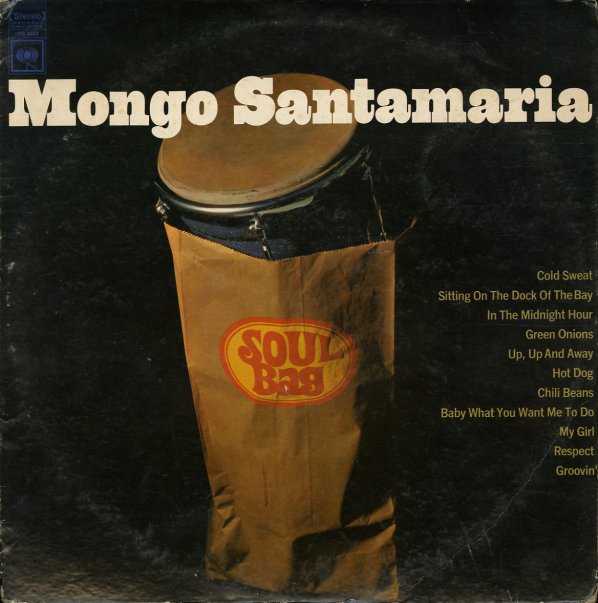 A stone 60s smoker from Mongo Santmaria – and a great little set that really lives up to its title! The "soul" reference points to the record's host of 60s soul tunes, which are given a hip Latin spin by Mongo – working here with killer boogaloo arrangements from the great Marty Sheller – with a combo that includes soulful reed lines from Hubert Laws, Sonny Fortune, and Mauricio Smith – plus trumpet from Luis Gasca, and some killer drums from the legendary Pretty Purdie! The mix of jazz and Latin players on the record is really wonderful – and although the tunes are familiar, the presentation is mighty fresh – especially given the way the horn players manage to pack so much into their solos. Titles include "Baby What You Want Me to Do", "Hot Dog", and "Chili Beans" – plus cool versions of "Cold Sweat", "In The Midnight Hour", "Respect", and "Green Onions".  © 1996-2021, Dusty Groove, Inc.
(Stereo 360 Sound pressing with deep groove. Cover has light wear.)