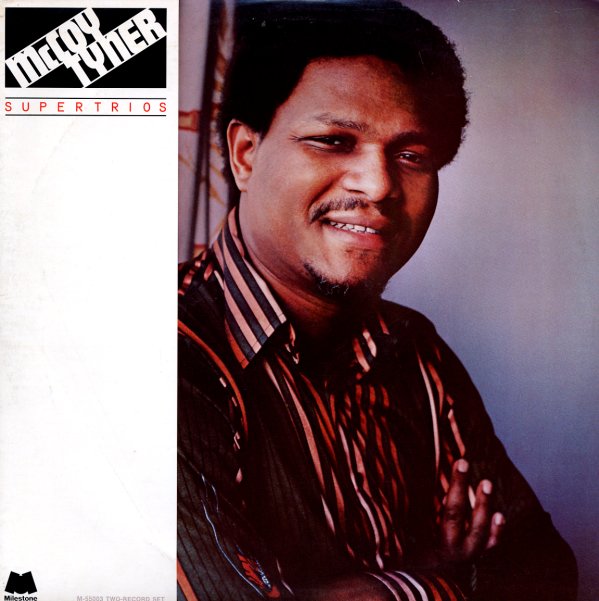 Tyner in two great trios – with Ron Carter on bass and Tony Williams on drums on one record – and with Eddie Gomez on bass and Jack DeJohnette on drums on the other!  © 1996-2022, Dusty Groove, Inc.
(Out of print.)

Echoes Of A Friend
Milestone/OJC, 1972. Used
CD...$9.99 (LP...$24.99)
A haunting tribute to the late John Coltrane – not just a "friend" of McCoy Tyner, but a key musical partner back in the 60s! The album's a solo piano effort – extremely intimate, but still played with that long-flowing majesty we always love in McCoy – and two of the ... CD

Tender Moments (RVG remaster edition)
Blue Note, 1967. Used
CD...$14.99
An incredibly strong set by McCoy Tyner – one of his best late 60s sides for Blue Note – and a record that really hints at the majesty he'd attain on record in the 70s! The album features Tyner's piano at the head of a large group that includes Lee Morgan on trumpet, Julian Priester on ... CD

Inception/Nights Of Ballads & Blues
Impulse/MCA, 1962. Used
CD...$4.99 6.99
Inception is a very early date as a leader by McCoy Tyner – cut at a time when he was making big waves in the John Coltrane Quartet, but also sounding plenty darn great on his own! The group here's a trio – with Coltrane associates Art Davis on bass and Elvin Jones on drums – and ... CD

Second Milestone
Milestone, 2001. Used
CD...$5.99
Alexander's second outing for the Milestone label (hence the title), and a wonderful album of soulful tenor tracks that has him working in a quintet with Harold Mabern on piano and Jim Rotondi on trumpet. Mabern and Alexander have, by this time, forged quite a sympathetic relationship – and, ... CD