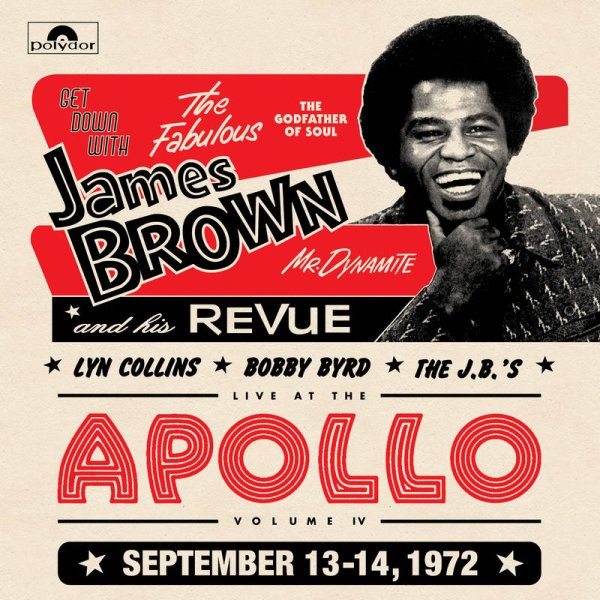 A never-issued James Brown album from 1972 – a killer live performance from The Apollo Theater – and one that features a fair bit of help from other members of his People Records crew! James performs a bit on the record – but the set also features some great instrumental sides from the JBs, who get almost half the set – plus a few songs each by Bobby Byrd and Lyn Collins – two of the greatest singers to ever work with The Godfather! There's also some great introductions by Danny Day – in that usual hip style we love from James' concert recordings – and titles include "Wine Spot", "From The Back Side", "Hot Pants Road", "Honky Tonk", "Pass The Peas", and "Gimme Some More" by The JBs – plus "I Know You Got Soul", "If Loving You Is Wrong I Don't Want To Be Right", and "Keep On Doin What You're Doin" by Bobby Byrd; and "Do Your Thing", "Think", and "I'll Take You There" by Lyn Collins.  © 1996-2022, Dusty Groove, Inc.