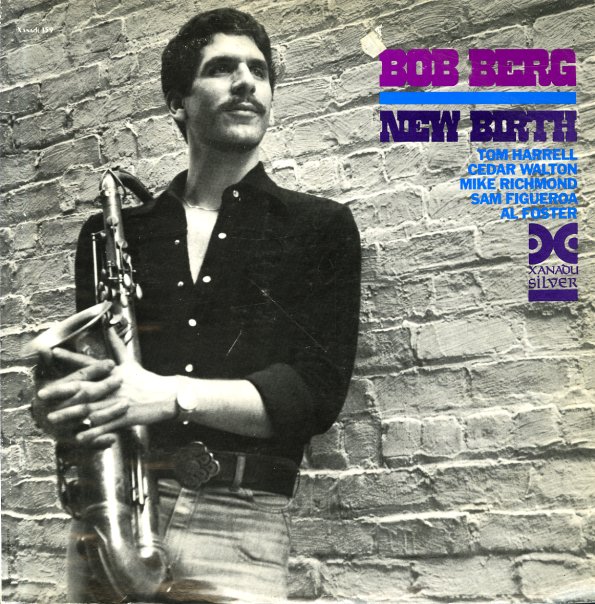 Bob Berg's always been a heck of a great tenor player, but he sounds especially great on this early album as a leader – a tight and soulful session cut with Cedar Walton on keyboards, Al Foster on drums, and Tom Harrell on trumpet! The groove here is freewheeling but straightforward – a bit like the Art Blakey style of the Prestige years – in which the band pulsates with a highly rhythmic approach, but the soloists soar on even farther with their own sense of life and energy. The group also features electric bass and a bit of congas, which brings a slightly Latin flavor to a few cuts – and overall, the album's an extremely soulful set that really deserves greater mention. Titles include "Pauletta", "Neptune", "This Masquerade", "Magic Carpet", and "Shapes". CD also features the bonus track "I'll Let You Know".  © 1996-2023, Dusty Groove, Inc.

Inimitable Teddy Edwards
Xanadu, 1976. New Copy
CD...$14.99 15.99
70s brilliance from tenorist Teddy Edwards – a really overlooked album, and one that marks a great step forward from some of Edwards' better-known material of the 60s! That impeccable tone is still very strongly in place – that Edwards way of blowing smooth, but with a subtle bite, too ... CD

Beautiful! (with bonus track)
Xanadu, 1975. New Copy
CD...$14.99 15.98
Incredible work from Charles McPherson – his first for Xanadu in the mid 70s – wherein his amazing quartet breathes fresh, bop-inspired urgency and a deft sense of soul into some older standards – maybe even as strongly as on his best work for Prestige in the 60s! It's truly ... CD