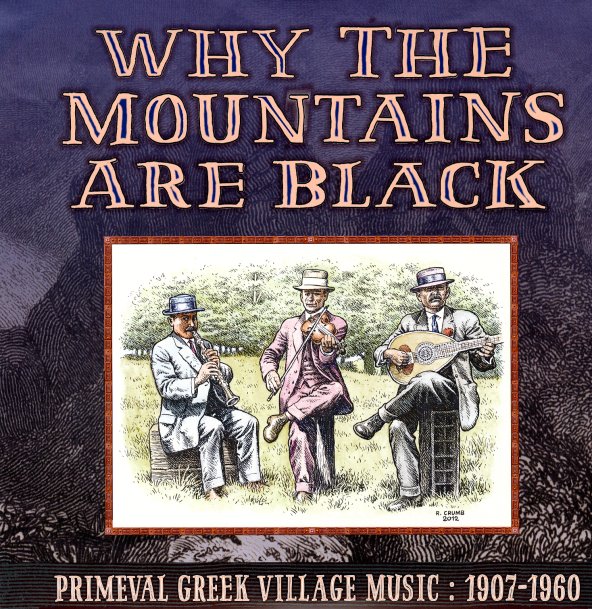 It's hard to imagine Greece in the 20th century being described as primeval, but there's definitely a timeless vibe to the music on this collection – all pulled from vintage 78rpm discs that are filled with earthy percussion, exotic reed lines, and some especially nice stringed instrumentation! Most numbers seem to be instrumental, and although the date range in the title is large, the bulk of the recordings here are from the late 20s and early 30s – prime material for the expansion of the 78 market into more regional territories – of the sort that have been documented on similar collections by the Honest Jons or Dust To Digital labels. This collection is an initial foray by the Third Man group, in collaboration with collector Christopher King – who provided all the discs used in the collection – and despite the age and the format, there's a strong sense of clarity throughout – possibly because most of the material was recorded in studios rather than in the field. The set comes with a nice set of notes, a cover illustration by Robert Crumb, and 28 tracks that include "Sousta Rethymniotiki" by G Canteris and G Gombakis, "Ousak Tsiftelli" by Athanasios Lavidas, "Selfos" by Demetrios Jalkias", "Golfo" (Anonymous), "Syrtos Politikos" by Kyr Keravnos, "Kritiki Sousta" by A Karavitas & G Marianos, "Tzarama" by Nikos Karakostas and M Lakkergis, "Platanos" by Athanasios Lavidas, "Mirologi-Epirotiko Makedoniko" by Elias Karathimos, and "Kotta Mou" by Antonios Sakelarou.  © 1996-2022, Dusty Groove, Inc.