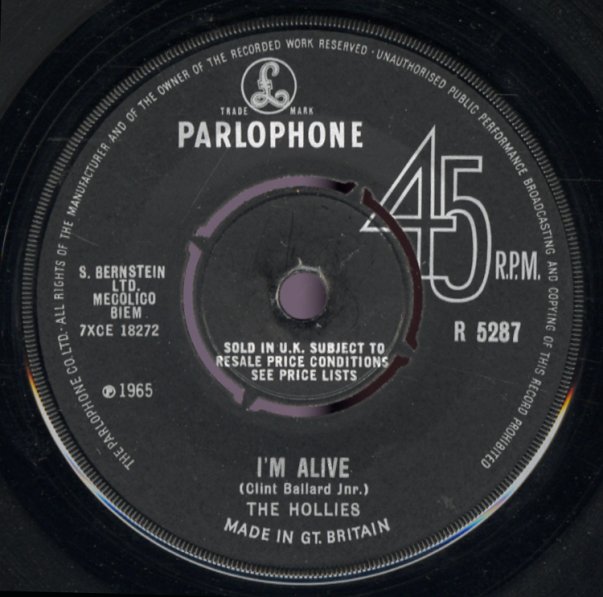 I'm Alive/You Know He Did

(UK push-out pressing on Parlophone. In a Parlophone sleeve with some wear and pen.)

Be My Wife/Art Decade (live Perth 1978) (pic disc)
Parlophone, 1977/1978. Sealed
7-inch...$11.99
Fantastic work from the Berlin period of David Bowie – one of his few catchy tunes from the time, backed with an unreleased live recording! "Be My Wife" is fantastic – not only does the tune have all the darkness of the Heroes/Low period, but it also has a surprisingly ... 7-inch, Vinyl record