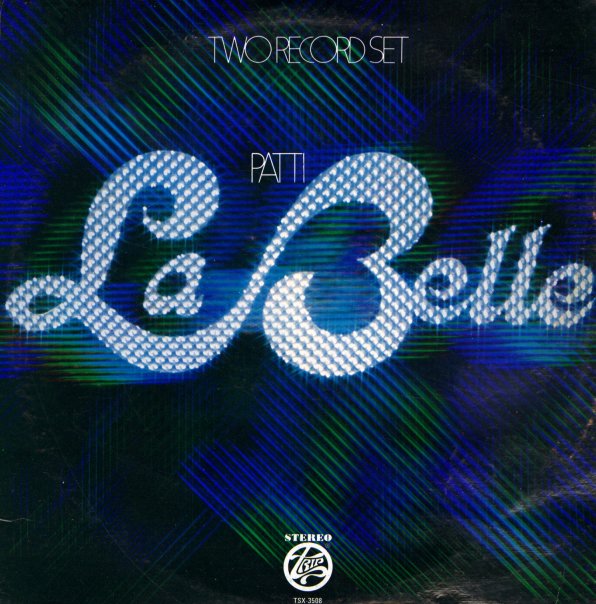 Not "Moonshadow" stuff, but a nice compilation of early material by Patti Labelle and her first group. Lots of early girl group soul stuff here, including "I Sold My Heart to the Junkman".  © 1996-2022, Dusty Groove, Inc.
(Cover has light surface wear.)

Labelle & The Bluebelles Early Hits
Trip, Mid 60s. Very Good+
LP...$2.99
One of a number of 70s repackagings of Patti Labelle's early work with The Bluebelles – done, in this instance, to appear to be a collection of work by then supergroup Labelle! The cover's got Patti in a 70s silvery outfit – but the work is all early 60s girl group soul, mostly early ... LP, Vinyl record album

Too Hot To Handle
Epic, 1976. Very Good-
LP...$9.99 (CD...$5.99)
A killer album of crossover soul from the mid 70s – one that dropped like a bomb when it hit, and gave this UK group a number of big hits in America! Keyboardist Rod Temperton wrote all the tracks on the album – and he's got keen talent for both funky numbers and ballads. If soul ... LP, Vinyl record album

Best Of Little Anthony & The Imperials
United Artists/Veep, Mid 60s. Very Good-
LP...$2.99
Anthony and crew were one of the few groups who actually got better when they moved from the raw indie scene to the slicker major label one – as you'll hear perfectly on this set of some of their best work for the Veep/DCP/United Artists label. Teddy Randazzo handled all the arrangments and ... LP, Vinyl record album

Living My Life
Island, 1982. Very Good-
LP...$9.99
One of Grace Jones' best albums – recorded at a point when she was really beginning to stretch the boundaries of club music, crossing over with the early 80s post-punk/post-disco crowd through a melange of sounds that was all her own. The oveblown diva mode of her disco years is gone by this ... LP, Vinyl record album