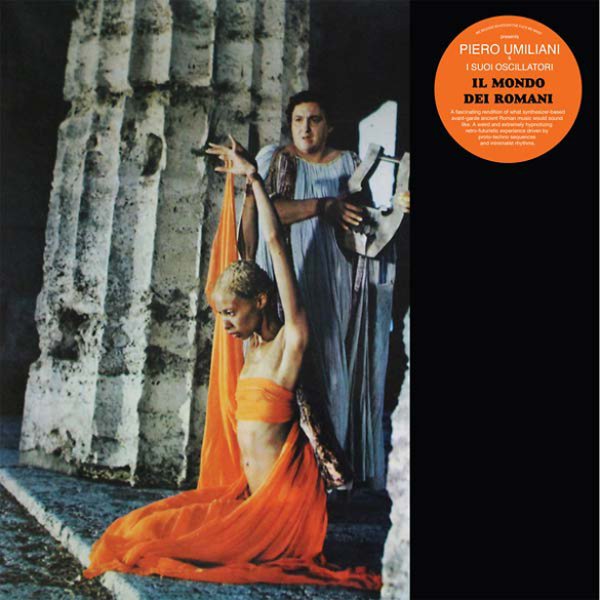 A very cool soundtrack from the great Piero Umiliani – done during a period of great electronic exploration! The record is credited to "Piero Umiliani & I Suoi Oscillatori" – an instrument you can definitely hear at work here – as Piero uses lots of cool keyboard lines with a very moogy feel, and some sweet beats from a very early version of a drum machine! The music ranges from moody to groovy – and the whole thing has a sound that's way more future-feeling than you'd ever guess from the image on the cover – a bit like Umiliani's Musica Elettronica record, but more tuneful overall. Titles include "Veni Vidi Vici", "Roma Amor", "Bucolica", "Bucina", "Neronis Cetra", and "Miles Gloriosus".  © 1996-2021, Dusty Groove, Inc.
(Limited to 500 copies!)