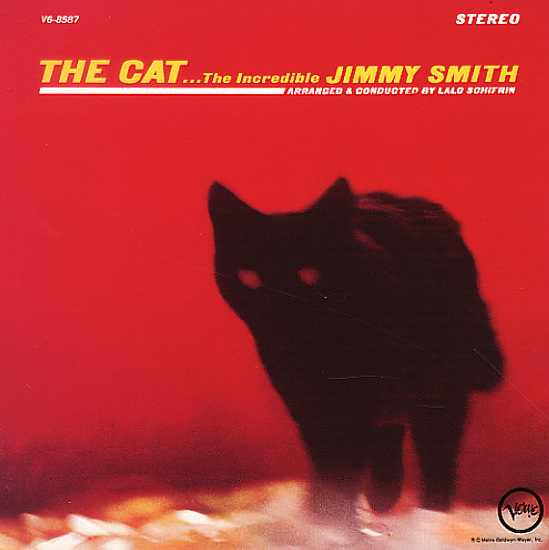 A real high point in Jimmy Smith's famous 60s run at Verve Records – a key collaboration with arranger Lalo Schfrin, who brings a great blend of jazz and soundtrack styles to Jimmy's famous groove on the Hammond! Lalo's backings are totally great – with touches of Latin and Brazilian that really open up the sound from some of Smith's other records – but in a way that still keeps the whole thing nicely on point as Jimmy soars away on his solos. The single "The Cat" was kind of a minor hit for Smith – and there's a lot of other nice tunes on the album, including "Theme From Joy House", "Chicago Serenade", "Delon's Blues", and "Main Title From Carpetbaggers".  © 1996-2020, Dusty Groove, Inc.
(MGM pressing.)