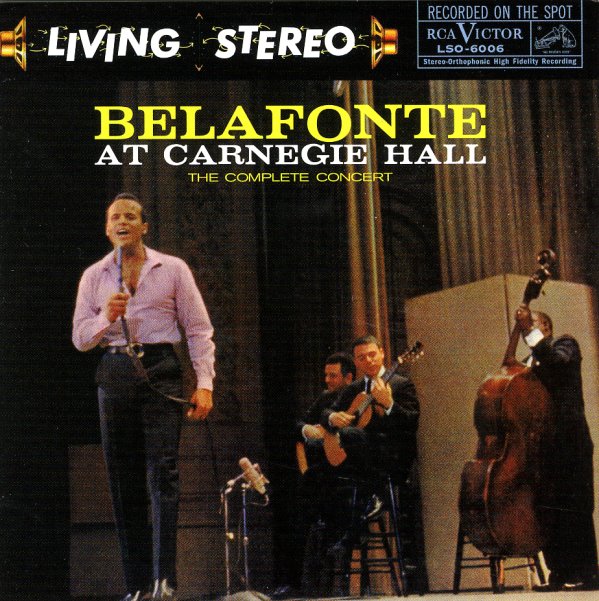 A very well-recorded live set – one in which Harry Belafonte's voice echoes out beautifully in the space of Carnegie Hall, alongside hip backings from Robert Corman!  © 1996-2021, Dusty Groove, Inc.
(Mono pressing with deep groove. Cover has a center split on the top seam.)