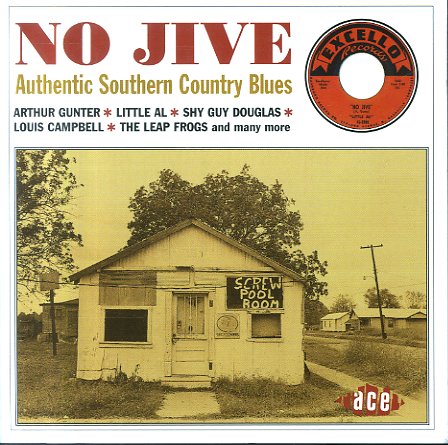 Rootsy blues from the great Excello Records – most of it recorded not too far from the Tennessee city in which the label made its home! The southern scene in the 50s was going through plenty of changes – partly because of all the migration northwards that started during the wartime years, partly because of the way that radio and growing indie labels were helping criss-cross sounds and scenes through their musical efforts – with a huge run of changes that were taking place in the urban scene. Even out in the sticks, stronger use of the electric guitar really transformed rural blues – even in spare recording settings that might have mirrored blues records of the 20s and 30s – and the use of new ideas, new inflections, and new ways of putting over a tune are perfectly captured here in a batch of rare tracks done by the Excello label. Most of the cuts are super-rare singles, issued here with excellent sound – and there's a few other numbers on the set that are issued here for the first time ever – with great sound and excellent notes. Titles include "I'm Bad" by Good Rockin Bob, "No Jive" by Little Al, "Honey Babe" by Arthur Gunter, "The Natural Facts" by Leroy Campbell, "Wasted Time" by Shy Guy Douglas, "Dirty Britches" by The Leap Frogs, "Welcome Home Baby" by Slim Hunt, and "Quit My Drinkin" by Robert Garrett.  © 1996-2022, Dusty Groove, Inc.