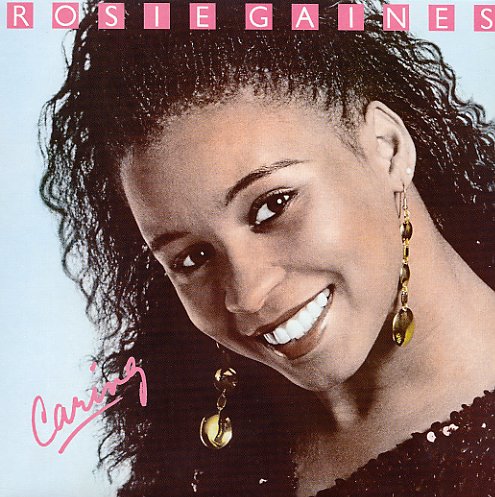 A near-lost album of 80s soul from Rosie Gaines – produced, arranged, and mostly written by Rosie with help from a few key associates – and done in a nicely mellow style that has a deeper feel than most other work from her contemporaries! Instrumentation is definitely in the 80s mode – with a fair bit of electric percussion and keyboards – but Rosie's vocals aren't content with just sliding along with the rhythms, and have a deeply soulful range that we really like a lot, and which totally makes the record great. We've always been surprised that this set didn't push her onto bigger fame – but over and above that mystery, the record's a great one that holds together beautifully over the years. Titles include "I've Gone Too Far", "Skool-ology", "Caring", "Frustration", "Wake Up", "Good Times", and "What Are We Coming To". CD features bonus tracks – "Crazy" and "In A Jam".  © 1996-2021, Dusty Groove, Inc.

Don't Play With Fire
Capitol/PTG (Netherlands), 1982. New Copy
CD...$11.99
Tremendous work from Peabo Bryson – and a record that really has him coming on strong, and staying long! Bryson's vocals are sublime – rooted in gospel depth, but turned towards some warmer secular modes – all wrapped up in a style that's tight, but never slick – perfect ... CD