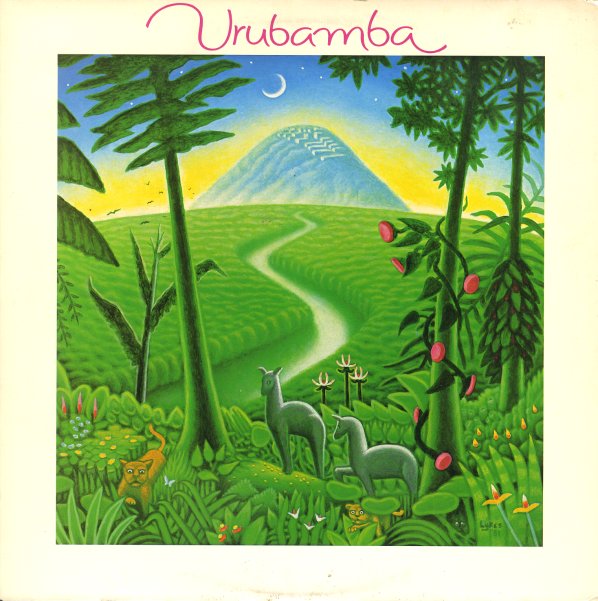 The flute sound of the Andes gets a bit of a hip 70s twist – in this album produced by Paul Simon, caught somewhere between his version of "El Condor Pasa" and his later South African pop. The group's got a traditional Peruvian feel – pan flutes, percussion, and a bit of guitar – augmented by some larger production touches that expand the sound past the folkloric. Titles include "Campanas De Santa Cruz", "Buena Nueva", "Una", "Canten Cantores", and "Urumbamba".  © 1996-2021, Dusty Groove, Inc.
(80s pressing. Cover has light wear and a promo stamp.)