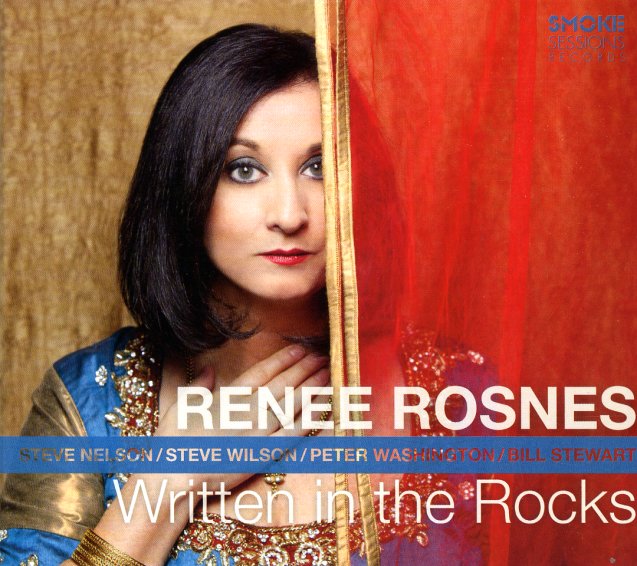 One of the most compelling albums we've heard from pianist Renee Rosnes in a long time – a set that features Rosnes working at the head of a very hip quintet with Steve Nelson on vibes and Steve Wilson on alto, flute, and soprano sax! Both of the Steves really open up the sound here – taking the music into deeper, more ambitious territory than usual for Renee – especially as the core of the album is built around the extended "Galapagos Suite", which features these patterns of shifting colors and shades that are especially great in the way they combine the piano and Nelson's vibes. The rest of the group features the mighty Peter Washington on bass and Bill Stewart on drums – and titles include "Goodbye Mumbai", "Lucy From Afar", "Written In The Rocks", "The KT Boundary", "So Simple A Beginning", and "From Here To A Star".  © 1996-2022, Dusty Groove, Inc.