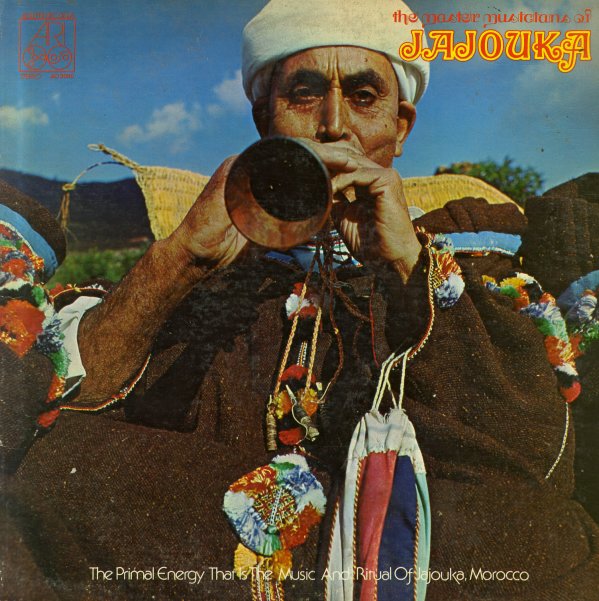 Primal Energy – That Is The Music & Ritual Of Jajouka, Morocco

An excellent recording of the Master Musicians Of Jajouka – one to rival the earlier album recorded by Brian Jones for Apple Records! The on-site recording captures the music perfectly – an other-worldly blend of percussion and reed instruments with a droning and rhythmically intense quality that's unlike anything else on this planet – really amazing stuff that was an especially big influence on a range of late 60s cultural icons! There's precious few albums that get the essence of the music this well – and although most of the draw here is instrumental, a few tracks have chanting vocals that are nice too. Titles include "Brian Jones", "Jajouka Black Eyes", "Sidi Hamid Sherk", "Waving", and "Boujeloud".  © 1996-2022, Dusty Groove, Inc.
(Cover has an index label at the top right corner in back.)