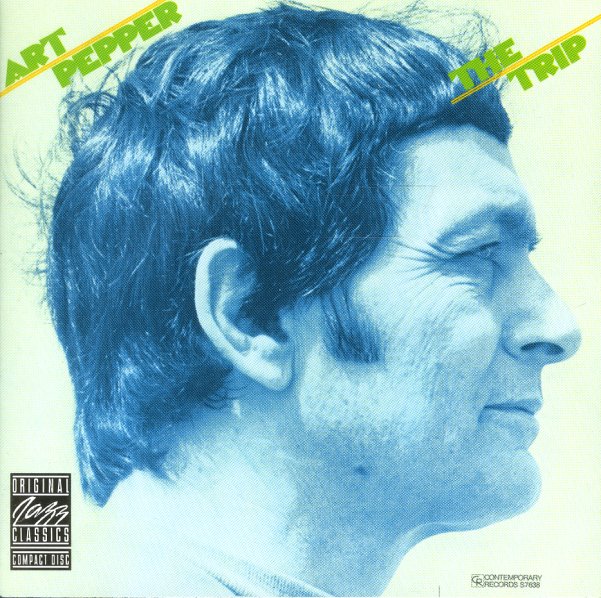 The "trip" here is a mellow one – not the soaring, spacey style you might expect in a long line of drug-reference titles for Art Pepper albums – but that difference is a-ok with us, because Art's really hitting some great new territory here, thanks to a hip trio that includes George Cables on piano! Tracks are long and stretched out – but in a way that's gently exploratory, and focused on a really warm sense of tone – in a mode that we might liken slightly to Stan Getz at his best moments from the same period, particularly the groove he developed in his post-Sweet Rain years. Other members of the quartet include David Williams on bass and Elvin Jones on drums – and tracks include "The Trip", "Sweet Love Of Mine", "Song For Richard", "Red Car", and "The Summer Knows". CD features 1 bonus track!  © 1996-2022, Dusty Groove, Inc.

Gettin' Together! (SACD pressing – with bonus tracks)
Contemporary, 1960. Used
CD...$32.99
One of Art Pepper's most classic sets for Contemporary – a record that puts him in the company of the Miles Davis rhythm section – Jimmy Cobb on drums, Paul Chambers on bass, and Wynton Kelly on piano – who make up 3/5 of a quintet that also includes trumpeter Conte Candoli! The ... CD