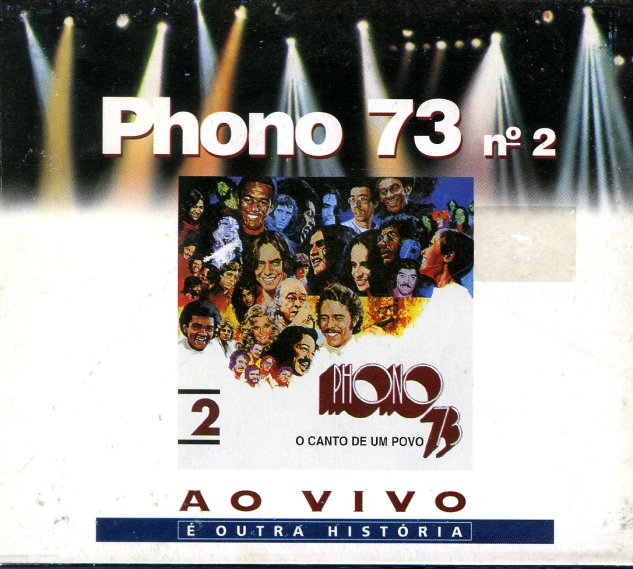 The second volume of Phono 73 – a groundbreaking live concert that brought together some of Brazil's greatest artists of the early 70s, and which was one of the biggest musical events of the decade! The all-star concert was one of the first real expressions of musical freedom in the wake of the military regime – and it marked a bold return of exiles Caetano Veloso and Gilberto Gil, amidst leading names in MPB that included Gal Costa, Elis Regina, Raul Seixas, Maria Bethania, Nara Leao, and Toquinho. Volume 2 features titles that include "Zumbi" by Jorge Ben, "E Com Esse Que Eu Vou" by Elis Regina, "Ladeira Da Preguica" by Elis Regina & Gilberto Gil, "Filhos De Ghandi" by Gilberto Gil, "Nao Tem Predao" by Ivan Lins & MPB4, "Pesadelo" by MPB4, "Jazz Potatoes" by Jorge Ben & Gilberto Gil, and "Baioque" by Chico Buarque.  © 1996-2022, Dusty Groove, Inc.
(Out of print. Slipcover not included.)