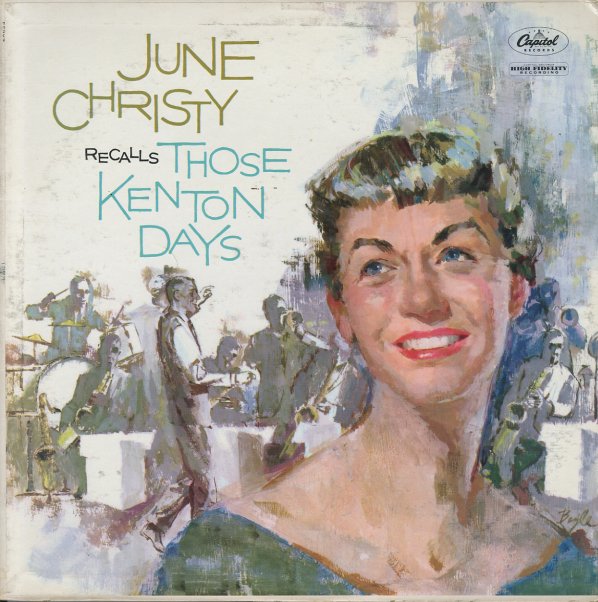 A later Capitol gem by June – where she reprisies a number of classics from her early years with Stan Kenton – new versions of late 40s tunes, done here with Pete Rugolo arrangements that go a good way towards showing how both he and June had grown during the 50s. Titles include "How High The Moon", "Come Rain Or Come Shine", "Easy Street", "Across The Alley From The Alamo", "She's Funny That Way", and "A Hundred Years From Today".  © 1996-2021, Dusty Groove, Inc.
(Stereo rainbow label pressing. Cover has splitting on the seams and light surface wear.)