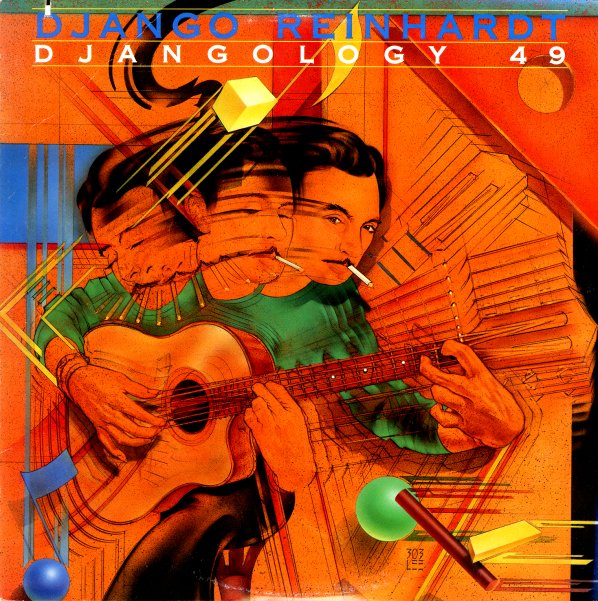 With the Quintette Of The Hot Club Of France – Gianni Safred on piano, Carlo Recori on bass, Arurelio de Carolis on drums, and Stephane Grappelli on bass. Titles include "The World Is Waiting For A Sunrise", "Honeysuckle Rose", "All The Things You Are", "Djangology", "Minor Swing", "I Surrender, Dear", "I Got Rhythm", and more.  © 1996-2021, Dusty Groove, Inc.
(Early 90s issue. Cover has a small cutout hole in back.)

Artist's Choice
RCA/Bluebird, 1960s. Near Mint-
LP...$7.99
A collection of Burton's recordings through the 60s, with sidemen that include Jim Hall and Larry Coryell on guitar, Steve Swallow on bass, Roy Haynes and Bob Moses on drums, Jimmy Knepper on trombone, Steve Lacy on soprano, Gato Barbieri on tenor, and Carla Bley on piano. Titles include "Cheg ... LP, Vinyl record album

Leonard Feather Presents 52nd Street (aka Preents Bop)
Interlude, 1958. Very Good
LP...$19.99
An unusual session, given the date – as 1957 would hardly be the year that anyone would need to "present bop" – but a great one nonetheless, and a record that we'd rank right up there with the best work of pianist George Wallington! The album's noteworthy not only because it's ... LP, Vinyl record album

Light'n Up Please
A&M, 1976. Sealed
LP...$7.99
With Liebman on tenor, in an assortment of groups – with co-production from James Brown mainstay Pee Wee Ellis, who also plays tenor and electric piano, and co-wrote many songs! Leon Thomas also sings a bit on the record, too. LP, Vinyl record album