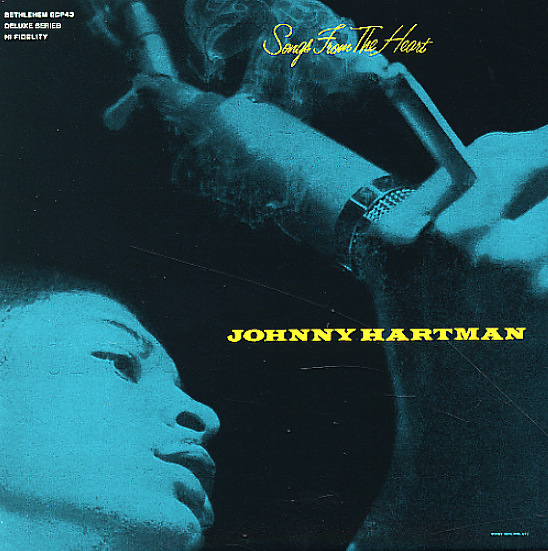 Songs From The Heart

Also available
Johnny Hartman — Songs From The Heart ... CD 7.99
A nice little album from Johnny Hartman – recorded back in the mid 50s for Bethlehem, in the years before he recorded his more famous dates for the Impulse label! The set has Johnny singing nice and mellow – with backing by a group led by pianist Ralph Sharon, one of Tony Bennett's longtime accompanists, with added trumpet by Howard McGhee – which creates some nicely moody interplay in the relatively spare setting of the session. Hartman's vocals are a dream, as always – and tracks include "What Is There To Say", "Moonlight In Vermont", "I'll Remember April", "Down In The Depths", "I Fall In Love Too Easily", and "We'll Be Together Again".  © 1996-2022, Dusty Groove, Inc.
(Japanese pressing, on Trio, with obi – a great copy!)