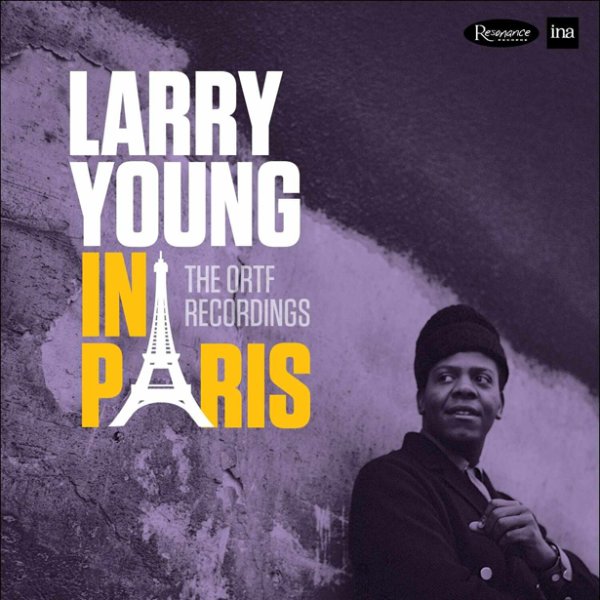 Really really wonderful work from legendary organist Larry Young – a set of rare recordings that we'd easily rank right next to our favorite Blue Note albums that Young cut as a leader! The sides here were done for French radio in the mid 60s, but they're hardly throwaway quickie tracks or lame live sides – and instead are superbly recorded selections that feature Young's organ in the company of really great musicians who include Woody Shaw on trumpet and Nathan Davis on tenor! The music is mostly from the ORTF studios, with impeccable sound – and tracks stretch out in that long, imaginative way that Young brought to his famous Unity album for Blue Note – a complete reworking of the role of Hammond in jazz, set to new modern modes, which are definitely emphasized by the work of Davis and Shaw. A number of tracks were recorded under the name of the Nathan Davis Quartet – with the addition of Billy Brooks on drums and a few more add in Sonny grey on trumpet and Jean-Claude Fohrenbach on tenor – both great players who join Shaw and Davis on some very extended tracks. The whole thing's wonderful – impeccable sound, great notes, and lost material that's a key addition to the too-small Larry Young catalog! Titles include "La Valse Grise", "Discotheque", "Trane Of Thought", "Luny Tune", "Larry's Blues", "Talkin About JC", "Black Nile", and "Beyond All Limits" – as well as a 20 minute reading of the classic "Zoltan". There's also even one track that has Larry playing some Monk-like piano – really great!  © 1996-2022, Dusty Groove, Inc.

Inner Spirit – The 1979 Concert At The Teatro General San Martin, Buenos Aires
Resonance, 1979. New Copy 2CD
CD...$20.99 26.99
A very late live set from the legendary Bill Evans, and a great one too – a set that captures the pianist in all his spare, subtle glory – working with just the right sort of accompaniment from Marc Johnson on bass and Joe LaBarbera on drums! Both Marc and Joe are players who really ... CD

Live At Art D'Lugoff's Top Of The Gate
Resonance, 1968. New Copy 2CD
CD...$16.99 21.99
A real treasure – previously unreleased live material from the late, great Bill Evans – featuring wonderful late 60s work from his trio that included Eddie Gomez on bass and Marty Morrell on drums! The recording quality is great, and the playing is equally top-shelf too – a ... CD