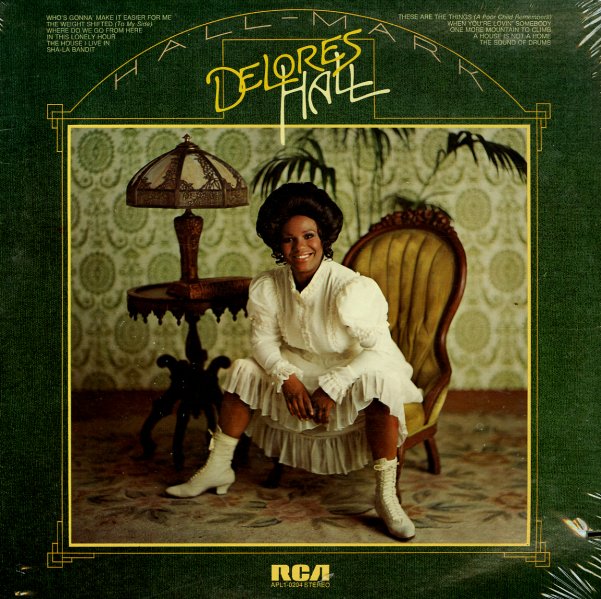 A great bit of 70s soul from Delores Hall – a singer we only know from this one album on RCA! The set's got a really great full-on sound – production by Billy Jackson, and some fully soulful arrangements by Wade Marcus – with a dope mix of strings and tight rhythms that make even the mellower cuts sound nice. The overall feel is a bit like Marlena Shaw at times – classy, but hip and soulful – and titles include "The Sound Of Drums", "Where Do We Go From Here", "Sha La Bandit", and "The Weight Shifted".  © 1996-2022, Dusty Groove, Inc.
(Cover has remnants from a large Sound Purchase sticker in back.)