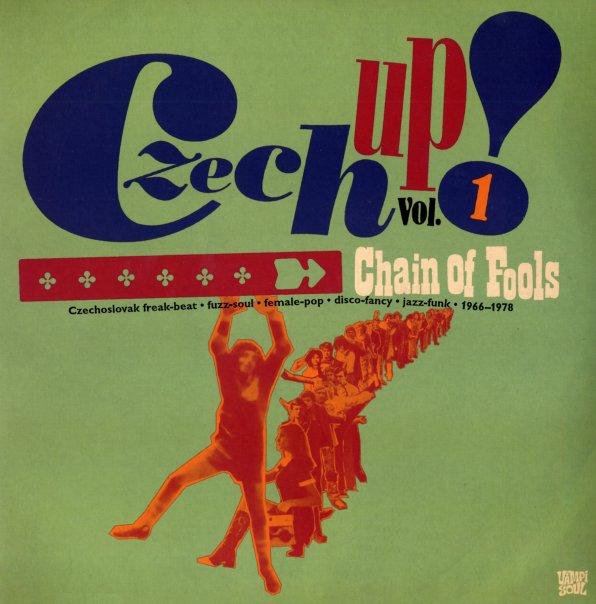 Fierce funky sounds from Czechoslovakia – all recorded during a time when the nation was going through a huge cultural revolution! It's a well-known fact that the Czech scene of the 60s and 70s was one of the hippest behind the Iron Curtain – but while Czech films and literature gained quite a bit of attention in the western world at the time, most of their music hardly ever had a chance to cross the border – which makes this sweet collection a real musical discovery! The work here all comes from the vaults of Supraphon Records – and many of the groups seem to have a core inspiration in some sort of jazz – either 60s soul jazz, 70s fusion, or some of the jazz-rock modes that were big in the European scene of the time – all of which makes for great grooves throught, no matter what the setting – and some surprisingly strong links to American soul sounds of the 60s, which no doubt made their way to Prague through the UK and German beat groups of the time. The package is overflowing with band names and song titles you'll never be able to pronounce, but the music has a really universal appeal to fans of funk and soul, and maybe freakbeat as well – on titles that include "Zlom Vaz" by Flamingo, "Leto Leto" by Eva Pilarova, "Beat" by Ferdinan Havlik, "I've Never Been So Young" by Karel Gott, "Barbarella" by Waldemar Matuska, "Ja Nechci Mit" by Jitka Zelenkova & The Gondolan Brothers, "Polobotka" by Jazz Cellula, "Yvsoka Hra" by Viktor Sodoma, "Jedeme Dal" by Bezinky, "Nestuj A Pojd" by Golden Kids, and "Kyvadio" by Discobolos.  © 1996-2022, Dusty Groove, Inc.